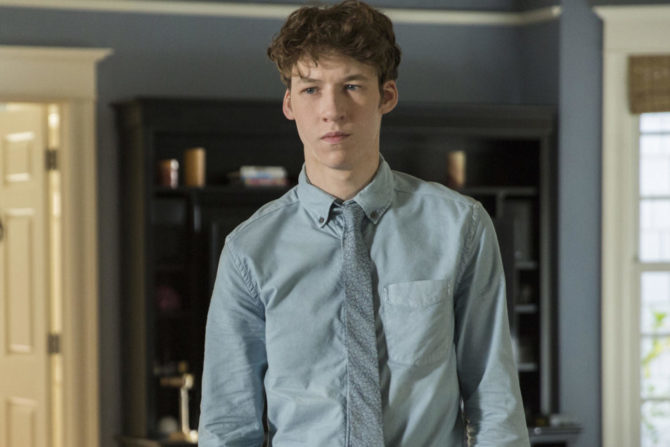 Actor Devin Druid is opening up about that graphic male rape scene in the season 2 finale of Netflix‘s 13 Reasons Why.

At the 11th Television Academy Honors, Druid was asked about the scene and the backlash it received.

“People are always going to have opinions on the show and what we do,” the 20-year-old said. “But I think it is staying true to what the show’s been about and that has always been taking on these tough issues and trying to show them in these truthful lights.”

Related: “13 Reasons Why” under fire for this incredibly graphic male rape scene

He continued, “We cannot sugarcoat it or censor it at all because that is not how these events happen. And I think it’s this trying to portray and make people understand what happens in these unfortunate and tragic circumstances.”

The two minute scene is disturbing and difficult to watch. It begins with Tyler Down (played by Druid) having his head bashed into the sink before being dragged to a stall where he has his head dunked in the toilet while being called a “f*ggot.” 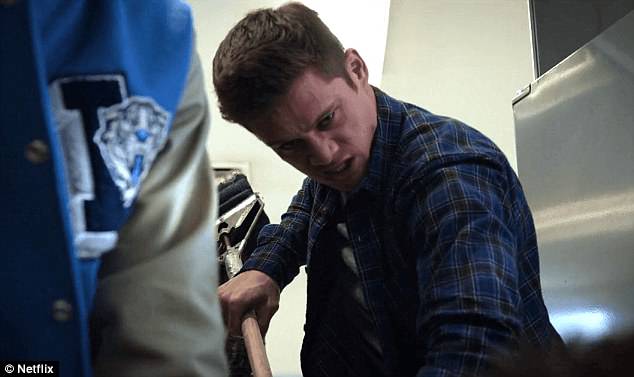 As Tyler begs for mercy, two attackers hold him down while the third pulls down his pants and begins violently sodomizing him with a mop handle. Tyler screams out in pain. When the mop is finally removed, it’s covered with blood. 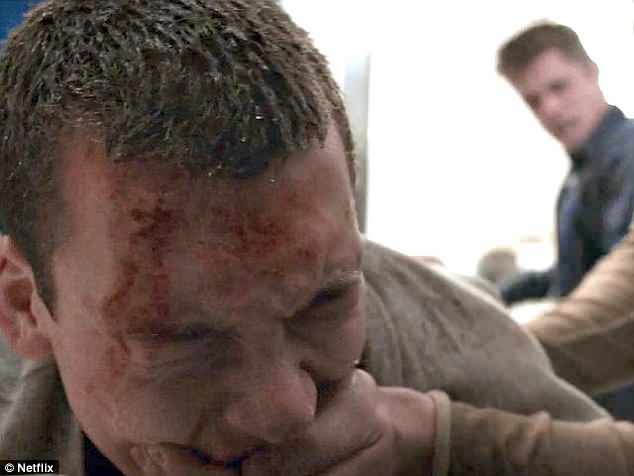 Tyler’s attacker then drops the bloody mop on the ground and the three men exit, leaving him sobbing on the floor, his head resting on the wall of the bathroom stall.

Druid said filming the scene was a challenge and forced him to step outside his comfort zone.

“I felt a lot of responsibility to portray the pain accurately, and humiliation one can go through when they are assaulted in this way,” he explained, “especially with the stigma around sexual assault with men.”

“Especially this age of toxic and fragile masculinity,” he continued. “I think it plays a big part in this idea of men being raped, it isn’t something people think about a lot.”