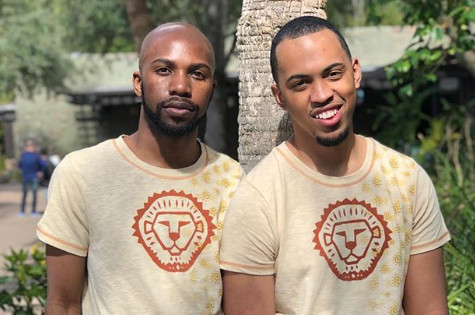 It seems odd that Wife Swap could strike a blow for progress, but apparently it has: the Paramount network has announced the show will feature its first-ever episode featuring gay African-American dads.

Terrell and Jarius Joseph, both age 26, will participate in an upcoming broadcast that sees the couple “swap” families with a heterosexual, ultra-religious couple and their eight children. The Josephs have two kids of their own, Ashton and Aria, born in 2017. The family resides in Atlanta.

“It was not an easy journey but it was worth it all,” the couple told Gay Star News. “Our kids literally grew our hearts and grew us up more than we could imagine. Having not one but two children at the age of 24 seemed crazy to most but perfect for us.”

Terrell works in human resources for a Fortune 500 company, while Jarius works in sales for a tech company. The pair hope that their appearance on the show will improve visibility for the queer community.

“We wanted to break the stereotype that it is not possible for same-sex couples to raise children,” the couple explained. “Our children are happy, healthy, and experiencing much more than we did at that age. There is no perfect way to parent, but love is present in every corner of our home and we sleep well knowing that our kids will grow up surrounded by that.”

The Josephs’ episode of Wife Swap airs April 25 on the Paramount network.