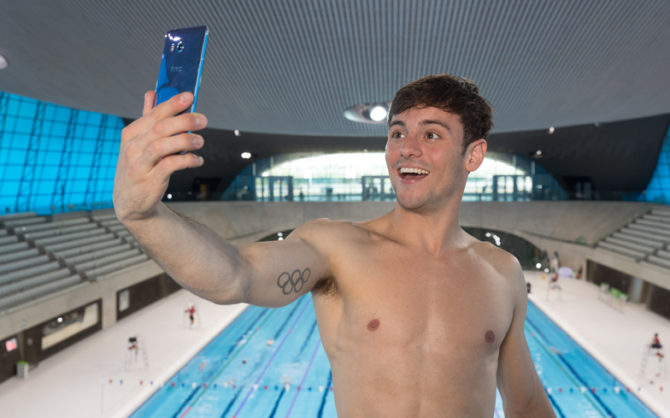 In the now-pulled spot, Olympian Tom Daley dove off the deep end with his HTC U11 phone in hand.

The smartphone has been labeled water-resistant up to a depth of one meter, so it’s almost certainly a horrible idea to dive into a pool with one.

“This phone is water resistant if it is briefly submerged by accident in fresh water less than 1 meter deep… do not expose the phone to sea water, swimming pools, spas, hot water, and hot springs.”

But the best part of this story is HTC’s response after the issue was raised. 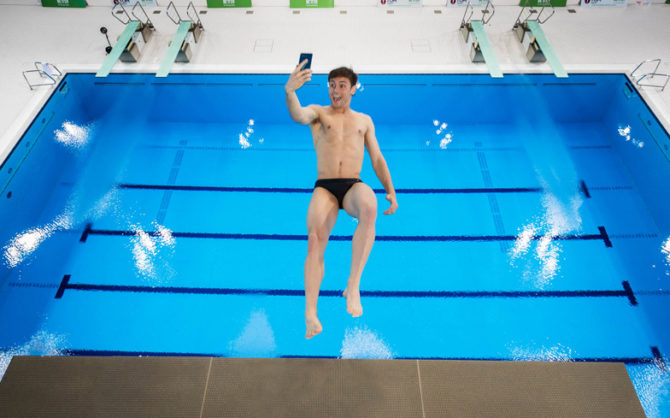 They say nothing in the ad actually suggests that Tom brought the phone with him underwater… as he dove… into a pool.

According to HTC, Tom could have “held the phone above his head” after plunging 33 feet into the water. Makes sense.

The Advertising Standards Agency called out HTC’s straw-grasping as a total belly flop:

“While we acknowledged that a professional Olympic athlete such as Tom Daley would be able to dive from a 10-metre high diving board and keep within the 1m distance required, we considered it unlikely that a consumer attempting something similar would be able to avoid being submerged to a depth which did not exceed, even briefly, that measurement.

Because consumers were likely to understand that the product could deliberately be submerged in a swimming pool and that no precautions were required to be taken after it had been immersed to preserve the product’s performance, and because that was not the case, we concluded that the ad exaggerated the capability of the product and was misleading.”

“We are disappointed by the ASA ruling, but have removed the video from our sites,” an HTC spokesperson said.