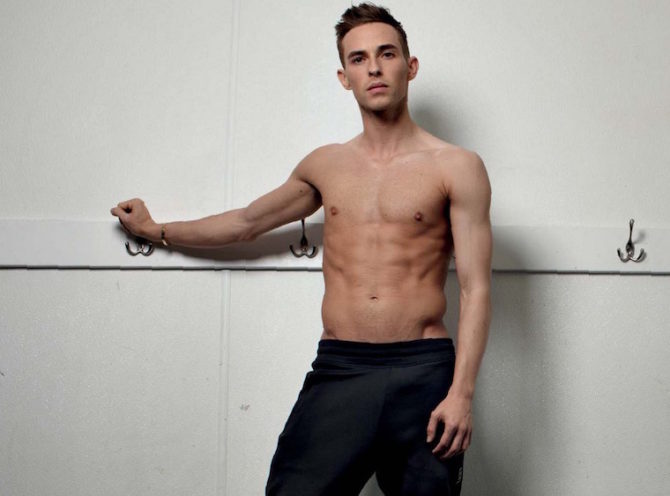 Adam Rippon is a man of many talents and he’s excited to show them off for you. It was just announced that he’ll be shifting from the ice skating rink to the ballroom for the upcoming season of Dancing with the Stars: Athletes.

The news comes during an exciting week for the Olympic figure skater. On Monday, he introduced his new boyfriend shirtlessly, bless his heart, sharing a hiking pic on Instagram. His new beau is the tatted up Finnish-born Jussi-Pekka Kajaala:

Adam later told People the pair he met on Tinder and that they’ve been “been talking for the past seven months” before they recently “started to hang out a little bit more.”

But they might have to hang out a little less, at least for a while, as Adam prepares for his Dancing with the Stars debut. He’ll need to practice extra hard since the competition will be fierce. Other competitors include fellow Olympic skater Tonya Harding (eek!) and snowboarder Jamie Anderson.

In March, Rippon told Us Weekly that he thought doing DWTS would be fun, but he’d want a dance partner “who can keep up with my quick whips—whoever that woman may be.”

But Adam’s busy schedule doesn’t stop there. Because in addition to DWTS, he’s also appearing on the Stars On Ice national tour alongside fellow figure skaters Mirai Nagasu, Nathan Chen, and Bradie Tennell.

“Now that I’m even busier, I thought it was a better time [me and Jussi] to hang out,” he says.

Related: Adam Rippon met a man on Tinder and they just went public