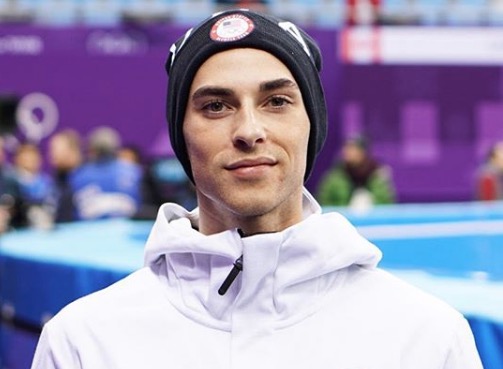 Welcome to Queerty’s Pride 50, a series of articles celebrating the people and movements we are particularly proud of this season. Next year marks 50 years since the first Pride march in New York City, and this season we’re celebrating the amazing people who are continuing the progress of a half-century of Pride.

Who He Is: Men’s Figure skater, activist hero

Why He Matters: Rippon nabbed a Bronze Medal at the 2018 Winter Olympics, becoming the first openly-gay American man to score an Olympic medal.

Why We’re Proud: Though Rippon skated well in Pyeonchang this winter, his performance off the ice have captured more headlines worldwide—and given us even greater reason to feel proud. Rippon incited gasps before heading off to South Korea by publicly rejecting a White House invitation from noted homophobe Mike Pence.

In an interview with USA Today, Rippon decried Pence, who has a long history of supporting so-called “conversion therapy” for gay people—a technique mainstream science has labeled torturous and extremely damaging.

Pence kept harassing the athlete (who was supposedly playing on the veep’s team). The steely Rippon (and we don’t just mean his abs) refused to back down, citing previous statements by Pence, his spokespeople and anti-gay legislation he signed as Indiana gov.

Not content with calling out White House sliming, Rippon went on to distinguish himself with his funny/serious Tweets and Instagrams, carrying himself with dignity and providing a fine example for other athletes to live authentically. He positioned himself as a public media figure who can leverage his celebrity on behalf of our community for decades to come.

Other athletes followed his example, denouncing Trump and refusing to meet with Pence. 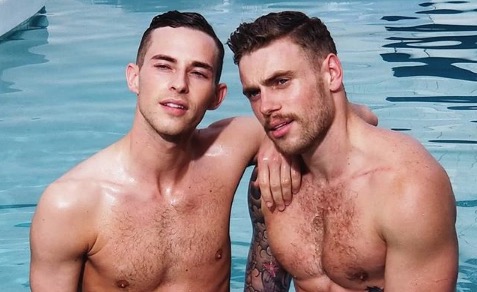 He also developed a friendship with fellow out-Olympian Gus Kenworthy, and the two went through an odd period where they couldn’t stop making out. Then again, who can blame them?

Whether rejecting Pence, speaking out on various talk shows, or showing up in a harness at the Academy Awards, Adam Rippon has shown himself a brave talent who won’t apologize for being himself. Or, to let the man speak in his own words:

FUN FACT: Being true to who you are and not giving a shit about what others think about you is an awesome and liberating thing whether you are gay or not – Sometimes we the gays need to be reminded more often but, LIKE, EVERYONE SHOULD TRY IT, FOR REAL. JUST DO IT.

A fine example to live by.