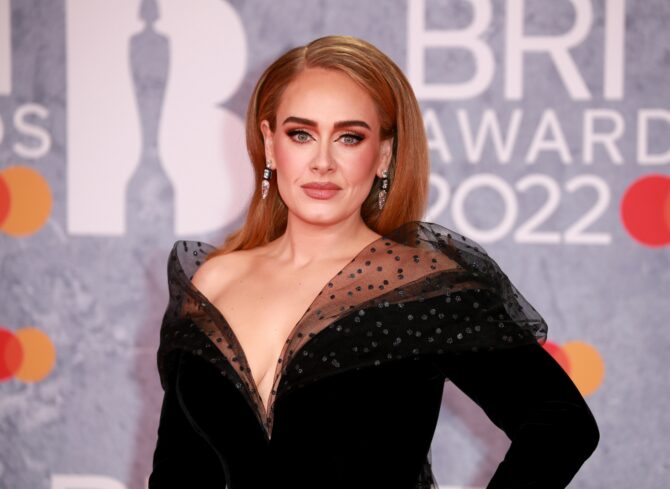 Nearly seven months after she abruptly canceled her much-hyped Las Vegas residency, Adele has finally opened up about what led her to pull the plug just 24 hours before opening night.

With many frustrated travelers already having paid for tickets, hotel rooms, and airline fares Adele began making apology calls to her fans. Amid the mess, reports began to surface detailing ongoing fights between the singer, her longtime set designer Esmeralda Devlin and Caesar’s Palace staff.

In an interview with Elle Magazine, Adele called the experience “the worst moment in my career by far.” She said she’d been up for over 30 hours when she recorded the above video.

The “Easy on Me” singer added that she’d been feeling increasingly uneasy about the production in the week before she made the “brutal” cancelation. The show had been in the works for months, but she said “there was just no soul in it.”

“The stage setup wasn’t right. It was very disconnected from me and my band, and it lacked intimacy. And maybe I tried too hard to give it those things in such a controlled environment.”

In January, The Sun reported Adele was furious about a swimming pool stunt intended for the show and refused to take part in it.

“When she saw the finished design, she refused to take part. Adele described the pool as a ‘baggy old pond’ and refused, point blank, to stand in the middle of it,” an unnamed source said.

“The intention was to fill it with water on the set as she was lifted up on a crane-type mechanism, creating the illusion she was floating on water.”

Speaking with Elle, Adele said the water feature “looked great for a couple of songs, and then didn’t do anything. It was just there.”

Related: 10 times we absolutely fell in love with Adele

The 14-time Grammy Award winner said that during the final rehearsal, overwhelmed by the over-the-top stage elements, she walked to the edge of the stage and sat down. Setting her microphone aside, she started singing in the massive 4,300 seat theater; that’s when she realized the production lacked intimacy.

“This would be the best part of the show. For me, and for you. This is what I want,” she said, gesturing to interviewer in her home. “And none of [the show had] that.”

“I don’t think many people would have done what I did,” she added. “I’m very proud of myself for standing by my artistic needs.”

Last month, new dates for Weekend with Adele were announced, with performances running from November-March.

Adele said the new show will have plenty of intimacy. “I want to tell the story of the beginning of my career to now. I’m not gonna give too much about it but the show grows. It’s all about the music and it’s really, really nostalgic. It’s gonna be really beautiful.”