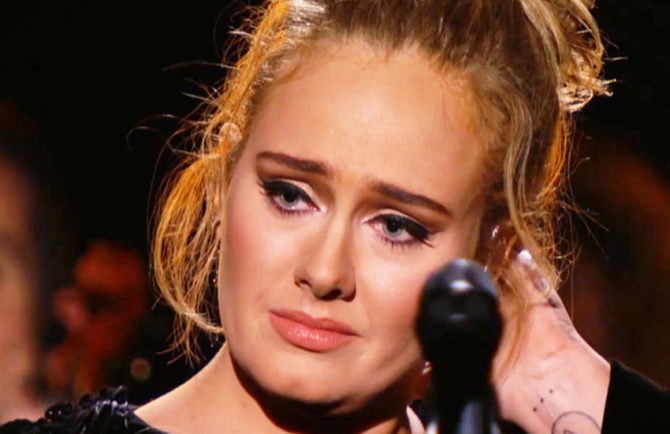 Sometimes you just need a re-do. That’s what happened to Adele during her George Michael tribute at last evening’s Grammys.

The 28-year-old diva, who took home three awards last night, including Album of the Year, was performing a slowed-down arrangement of Michael’s ode to casual gay sex “Fastlove.” It was her second performance of the evening.

During the opening of the song, she missed a note, throwing throwing the rest of the intro of the song off-key. Rather than power through, Adele just…stopped.

She was referring to her 2016 Grammy performance of “All I Ask” that was plagued by technical difficulties.

Related: Even Adele Doesn’t Know All The Words To That One Adele Song, Halts Mid-Tune

Check out the true diva moment below…