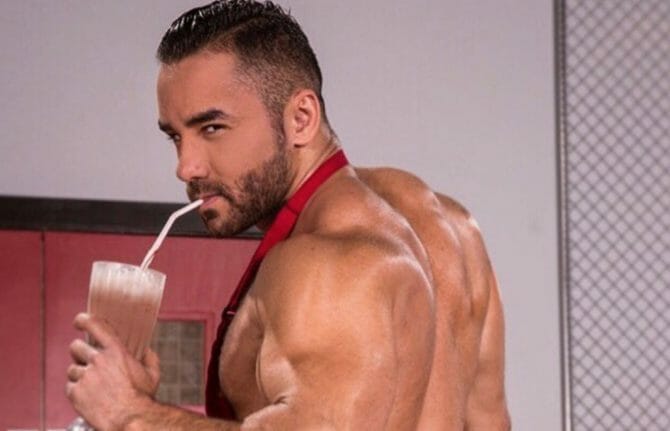 Here’s an easy rule of thumb: If you’re not black, just don’t say the n-word. Ever.

Gay adult film performer Bruno Bernal has doubled down on his use of the word after being widely criticized this week, suggesting those offended by his language should “grow a thicker skin and be less sensitive.”

To recap, Bernal initially used the word on Instagram to denigrate his African American barber. Specifically, the way he spoke.

When fans called out the blatant racism, he got defensive, posting screenshots of negative comments he’d received and assuring everyone he can’t be racist because he dates black guys.

Well, rather than letting the whole idiotic thing rest, he’s back to posting about the topic.

First, he shared this message of support he received from a black fan (via NSFW blog Str8UpGayPorn): 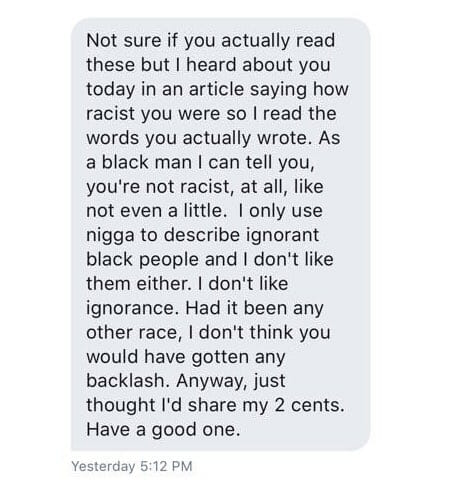 Then he posted his reply: 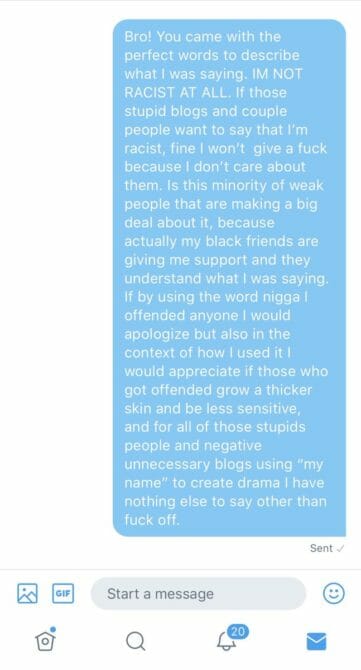 So he’d like to remind everyone of the “context of how [he] used it”: to racially talk down to someone because of the way they speak. Got it.

We hope Bernal might use this opportunity, and the backlash, as a way to grow, but that sounds like highly wishful thinking.

His employers at Men.com seem to agree. They had planned to release a scene with Bernal this week. Instead they released this statement: