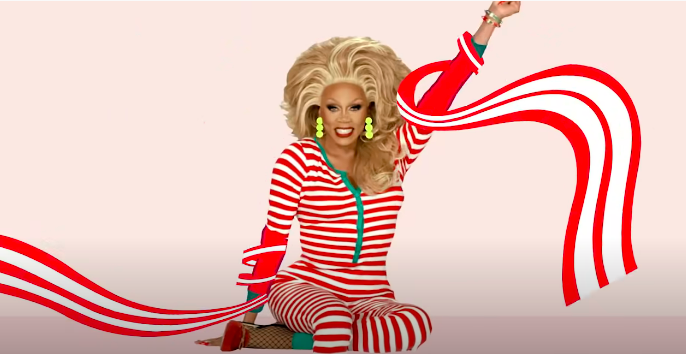 Corporate advertising has long depicted LGBTQ people as predominantly white but 2020 is starting to change that trend.

Although advertisers have in recent years begun to feel comfortable depicting people of color and gay folks in commercials, they have been slow to depict the remarkable diversity of the LGBTQ population, the single most diverse community in the world.

Related: 6 Breakthrough Advertising Campaigns That Promote Coming Out Across The Globe

But after the murder of George Floyd and the advent of the Black Lives Matter movement, a select group of advertisers have sought to up its diversity game.

In recent months, queer depictions have begun to evolve. Check out four campaigns that show this trend…

A Durex condoms spot (from SSL International) in England depicts many skin colors and announces: “This is a call to arms, legs, bums and private parts. Let’s not go back to normal.” It includes a black and a white woman who romantically kiss, as well as a white-Asian male couple in bed together.

In a heartwarming ad for Oreo (from Mondelez International), a biracial woman introduces her family to her girlfriend Amy. Her black mother offers a warm welcome while her white dad barely manages a hello. The family spends a weekend together and eventually, the father surprises everyone with a rainbow-colored picket fence. (The classic cookies only make a momentary appearance in a home movie.)

It’s hard to miss the metaphor of the “Oreo,” once used as a slur against black or biracial couples, and now turned on its head by the company’s campaign. Vile right-wing radio host Rush Limbaugh did so to President Barack Obama in 2009 and again in 2011.

Meanwhile, as advertisers prepare to go full force into the holiday season, Old Navy introduces a whole campaign centered around RuPaul. Each one uses a spin on Ru’s 2018 song, “Hey Sis, It’s Christmas” but not surprisingly leaves out lines like, “Come on over, bitch, you can’t miss this” and “Holiday hoes, who could ask for more?”

Check all the ads out on Old Navy’s dedicated YouTube channel called “RuPaulidays 2020.”

Etsy tugs at our heartstrings with its holiday spot. Brandon brings home his boyfriend David to meet his family for the holidays. At first, David feels a bit like a third wheel as the busy family goes about its traditions. But at the end when handing out presents, one family member comes over to say “We didn’t forget about you — welcome to the family!”

They open the present and the couple got a handmade needlepoint Christmas tree ornament with the two of them together that says, “Brandon & David.”

2020 may have been a year we’d all like to forget, but maybe it will be remembered as the time when advertisers started to depict LGBTQ people in all our glorious diversity.

Michael Wilke has covered LGBTQ issues in advertising since 1992. He is the founder of Commercial Closet/AdRespect.org and Senior US Consultant for Out Now.