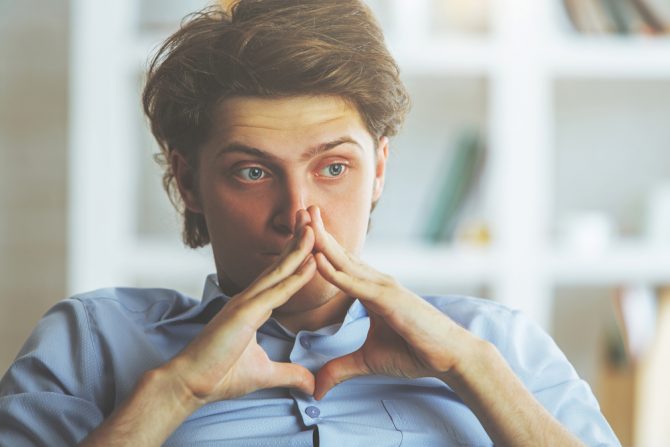 A recently divorced man says that now that he’s single he wants to start hooking up with more guys, but he doesn’t want to catch an STD, so he’s seeking advice from our buddy Rich Juzwiak over at Slate.

“I am a newly divorced man who has always had a certain level of flexibility as it pertains to my sexual orientation,” the man explains. “I’ve been with women, men, and trans women.”

He goes on to say that he identifies as “hetero-romantic.” While he enjoys “a nice d*ck from time to time,” he has no interest whatsoever in dating a man.

So he recently joined Grindr, but he says he’s turned off by the blatant “disregard for sexual health I see in my local gay community.”

“I want to explore,” the man writes, “but feel inhibited by the prospect of having ‘a secret’ in future relationships, as well as carrying an STI with me as a souvenir.”

In his response, Juzwiak takes issue with the man’s characterization of gay guys not taking their sexual health seriously.

“About the ‘total disregard for sexual health’ in your local gay community,” he writes, “I’m apparently not there.”

“You run the risk of STIs by having casual sex, period, regardless of with whom (HPV is rampant, for example, because it does not discriminate).”

Juzwiak adds, “Men who have sex with men are more likely to be on PrEP, which may prompt some to abandon condoms entirely, but also means that they’re getting regularly tested, and regular testing catches asymptomatic cases of syphilis, chlamydia, and gonorrhea.”

“You have the option of stating that you only hook up using condoms, and some people will consent to that, while others will immediately lose interest. However, if you’re not using condoms with oral (and few do), you too are guilty of that which you accuse others.”

“Vigilance is important,” Juzwiak concludes, “but so is perspective.”