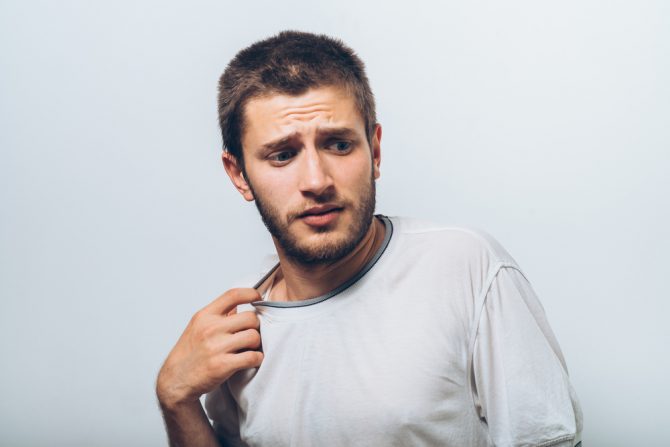 Oh, the terrible plight of being a straight male in today’s increasingly gay world! One such poor unfortunate soul in New South Wales, Australia, wrote to The Age’s advice columnist, Danny Katz, whining about the flirtations of his newly out gay friend.

Related: Straight guys sound off on how much they love getting hit on by gay men

One of my friends who recently came out as gay has started flirting with me, even though he knows I’m straight and therefore have no interest in him. I have frequently reminded him of this when the need has arisen. What can I do to make him stop?

Katz swiftly put the guy in his place. “Personally, I don’t know why you’re so upset about this,” he responded. “As long as the flirting is harmless and non-naked and doesn’t involve going away together for a romantic overnighter in a charming B&B on the coast followed by brekkie in a funky beachside cafe that serves chickpea shakshuka, I can’t see what the problem is.”

And if the flirting isn’t harmless or non-naked or shakshuka-less? “Just tell your friend that it’s making you uncomfortable and could you go back to the relationship you once had: just a couple of mates who can enjoy a laugh, a drink, a hug and a good, old-fashioned Aussie bum-slap without it getting weird.”

On a completely unrelated note, we wonder if any stores in Australia sell “Fragile” stickers. You know, for moving boxes.