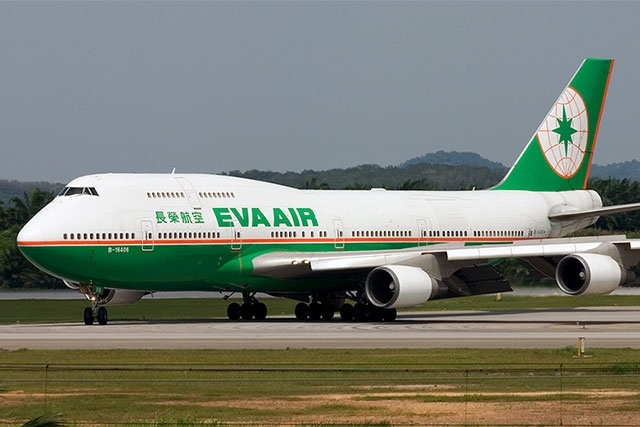 San Francisco resident Jeff Cobb registered yet another complaint against an airline for discrimination against LGBTQ families. While waiting for his flight from San Francisco to Taipei, Taiwan, representatives for EVA airlines told Cobb and his husband that only one of them could pre-board with their 19-month-old son. His husband, gate attendants told Cobb, would need to wait in line for general boarding.

Cobb found the incident disturbing and immediately suspect as soon as he noticed several families with heterosexual parents boarding as a group; no parents had to stay behind to wait for general boarding. Cobb protested to gate agents, pointing out that he and his husband are legally married. Still, the airline made Cobb’s husband wait for general boarding before they would allow him to board.

Cobb took his complaints to Twitter in hopes of raising awareness with EVA and with the public.

@EVAAirUS 1/3 My husband and I were told only one of us could join our 19 month old in the family boarding group of EVA Air 27 from SFO on 9/1/18. I explained we were both the fathers of the child, and they said it was their policy that only one parent can board…

@EVAAirUS 2/3 and the other has to wait in the normal line. Not having flown EVA before, I accepted it and let my husband and child go while I boarded later. When I met him on the plane, he said there were many other (straight) families all boarding together.

@EVAAirUS 3/3 I’m very disappointed that the EVA ground staff at SFO thinks it’s ok to separate same-sex families during boarding. I will definitely not be flying this airline again after this incident.

Predictably, Twitter erupted with outrage over EVA’s handing of the situation. Cobb also said that he and his husband were allowed to board with their son together when catching a connecting flight in Thailand. A spokesman for EVA released the following statement:

EVA Air and most especially our San Francisco International Airport team sincerely apologize to all the passengers affected by this incident. It is our policy that passengers traveling with infants can have priority boarding. The policy does not limit the number of accompanying adults or specify the relationship to the infant. This unfortunate incident was due to misunderstanding. Our San Francisco ground-handling agent understood that only one parent could board with an infant. We have apologized to our passengers and reminded our airport staff and agents about our priority boarding policy so that we can prevent this kind of incident from happening again.

The incident with EVA marks a growing litany of disturbing incidents on airlines involving queer people.