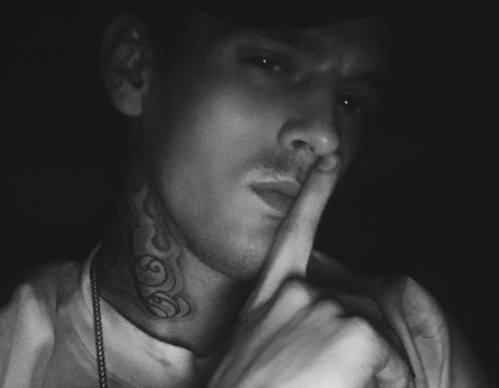 After neighbors called 9-1-1 to report “erratic” behavior and say he was on the “verge of death,” bisexual pop star Aaron Carter checked himself into rehab over the weekend.

Related: Police rush to home of Aaron Carter after reports he’s ‘on the verge of death’

A spokesperson for Carter says the singer is trying to get his life back on track after a particularly rough summer:

Aaron has decided to enter a facility to improve his health and work on his overall wellness. He is going to do this privately and focus all his attention on being the best person and performer possible. He is grateful for the support and love from his fans and looks forward to coming back stronger than ever before.

Just to recap: After coming out as bisexual earlier this year, Carter broke up with his girlfriend then went public with his battles against drug abuse, addiction to cosmetic surgery, and rapid weight loss.

In addition to all that, people in the singer’s inner circle report that he’s “not in a safe mental state” and that he’s “threatened to take his own life multiple times in the past few weeks.”

On Friday evening, Carter tweeted to his 600K followers that the past year for him has been “crazy” and he plans on “disappearing for a while.”

Before telling everyone to “take care, y’all”:

Here’s wishing him a speedy recovery.