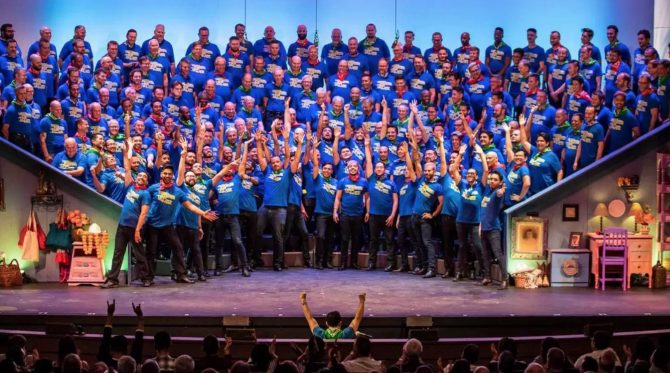 A longtime board chairman and fundraiser for the Gay Men’s Chorus of Los Angeles will step down at the end of the season amid allegations of sexual misconduct and harassment.

John Duran, who also happens to be the mayor of West Hollywood, denied doing anything wrong and said that he was already planning on leaving the chorus after 20 years of working with the organization. A “toxic” climate within the group centered around what he calls false allegations led to his decision to announce his departure.

The Los Angeles Times interviewed three current or former chorus members who said Duran behaved inappropriately towards them. They say when they reported the actions to the chorus membership committee, leadership sat on their hands.

One chorus member, Brian Phillip Nichoalds, told The Times Duran made sexually inappropriate comments and put his hand on the inside of his waistband. Nichoalds added that when he was elected onto the membership committee, he learned of other complaints against Duran that were not acted upon.

Other former chorus members said they quit the group because of the harassment and subsequent inaction.

Jason Tong said he left the chorus after Duran slipped his hand inside the waistband of his underwear before a show, which Tong says was “a traumatic and shocking experience.”

Duran, for his part, says he was only made aware of Tong’s accusations, no one else’s, and no corroborating evidence was found in the investigation that followed.

It’s an unfortunate chapter in the story of an organization that has been celebrated for four decades for its positive work in the community. Many members have started using the hashtag #ThisIsEnough.

The Times also reported that in 2016, when Duran was a West Hollywood city councilman, he settled a sexual harassment suit with a former aide for $500,000, though Duran admitted no wrongdoing.