In Altered Carbon, Netflix‘s new mind-bending sci-fi thriller (that’s kind of their thing now, no?), human consciousness can be uploaded into a new host, essentially creating the potential for immortality.

The show is set in a dystopian, technology-obsessed San Francisco (so basically modern-day San Francisco), and has the feel of a very fleshed out episode of Black Mirror.

“Your body is not who you are,” an unironically disembodied voice begins in the ‘NSFW’ trailer released this week. You may need to find a new job if this isn’t safe for work, but that’s how it’s being billed.

And, OK, if you aren’t your body, you may as well have this body: 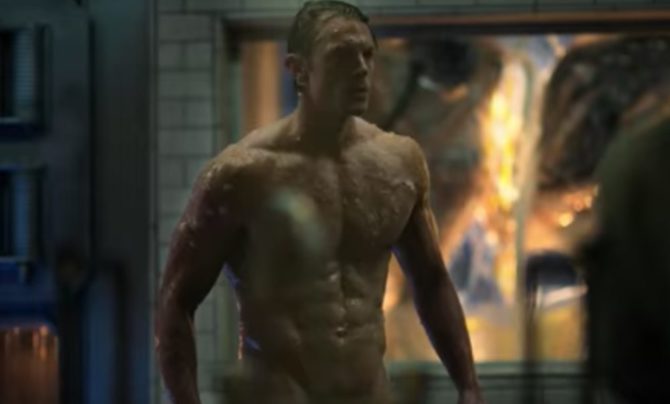 That’s Joel Kinnaman (The Killing, above) as an elite soldier with a tragic past assigned a new body. Been there.

Check out the trailer of Altered Carbon, which drops season one Netflix on Feb. 2, below: