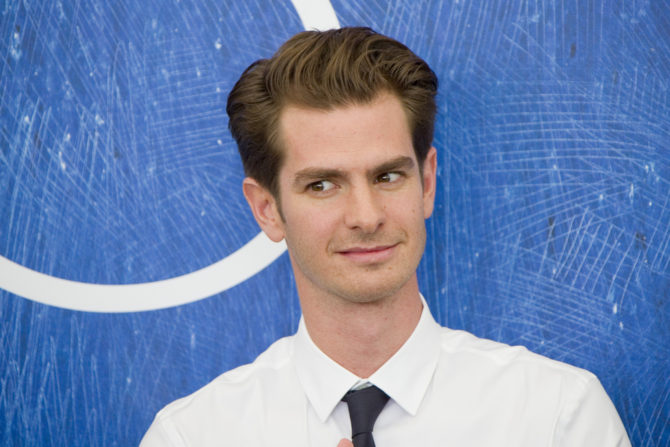 It’s not uncommon to hear someone define their Judaism as “culturally Jewish,” meaning they may not believe in God, or go to temple, or learn to read in Hebrew, but they still identify as Jewish.

We’re thinking former Spiderman Andrew Garfield has a similar relationship with his sexuality.

As it happens, Garfield is currently starring as a Lewis Ironside, a guilt-wracked gay Jew, in a London production of Tony Kushner’s theatrical masterpiece, Angels in America.

In an interview, he said that, “[Watching Drag Race] is my life outside of this play. I am a gay man right now just without the physical act – that’s all.” So, culturally gay — just without all the whole “being attracted to men” thing?

He expounded on this identity even more when asked what parts of himself he drew upon to play the role:

“As far as I know, I am not a gay man. Maybe I’ll have an awakening later in my life, which I’m sure will be wonderful and I’ll get to explore that part of the garden, but right now I’m secluded to my area, which is wonderful as well. I adore it.

Again… we’re not sure such “awakenings” are really a thing, but besides propagating a few misconceptions about sexual identity, his heart seems like it’s in the right place.