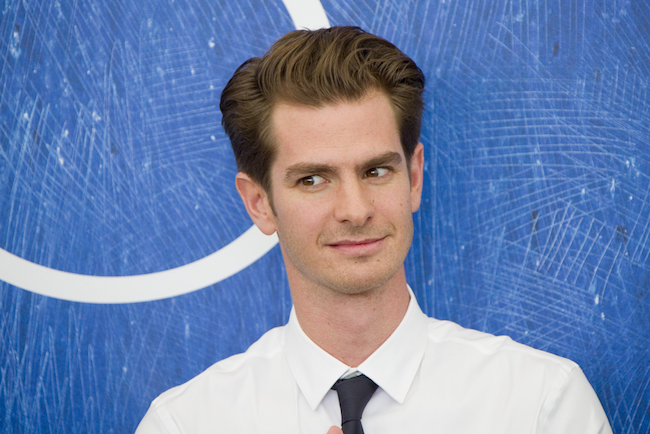 Andrew Garfield has responded to a nontroversy earlier this month that found Twitter denizens upset over comments he made about the gay community.

While promoting his latest role in a London revival of Tony Kushner’s Angels in America — in which he plays Lewis Ironside, a guilt-wracked gay man —  Garfield quipped:

“[Watching Drag Race] is my life outside of this play. I am a gay man right now just without the physical act – that’s all.

As far as I know, I am not a gay man. Maybe I’ll have an awakening later in my life, which I’m sure will be wonderful and I’ll get to explore that part of the garden, but right now I’m secluded to my area, which is wonderful as well. I adore it.

He says he was just trying to illustrate exactly how devoted he is to the role he’s playing.

Related: Andrew Garfield appears out of nowhere to lip sync for his life with ‘Drag Race’ queens

“That’s of course not what I meant at all,” he tells Newsbeat.

“That discussion was about this play and how deeply grateful I am that I get to work on something so profound.

It’s a love letter to the LGBTQ community. We were talking about, ‘How do you prepare for something so important and so big?’ and I was basically saying, ‘I dive in as fully as I possibly can.”

Later on, the 33-year-old actor says he just wants to make the LGBTQ community proud:

“My only longing is to serve and to keep the world spinning forward for the LGBTQ community in whatever way I’m meant to. It’s important to a community that I feel so welcomed by. The intention [in my comments] was to speak to that, speak to my desire to play this part to the best of my ability and to fully immerse myself in a culture that I adore.”