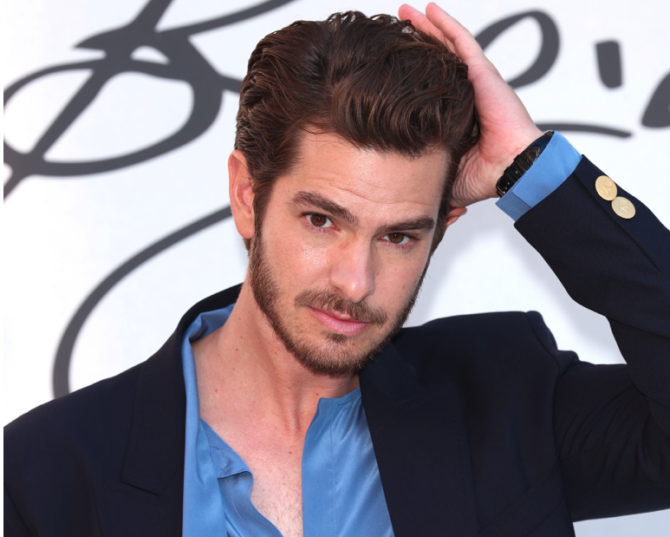 Perhaps no one’s having a better summer than Andrew Garfield, and doesn’t he deserve it?

In the past year alone, he’s starred opposite an Oscar-winning Jessica Chastain in The Eyes Of Tammy Faye, garnered his own nomination for his incredible work in tick, tick… BOOM!, and top-lined the critically acclaimed miniseries Under The Banner Of Heaven. Plus, he did all of that while pretending he wasn’t going to show up in Spider-Man: No Way Home.

Related: ‘tick…tick…BOOM!’ star Andrew Garfield reveals the one dream he hasn’t achieved yet

So, yes, the man has earned a little bit of “R & R.” After this past awards season, Garfield told Variety he’d be taking a little bit of a break from acting, and we’re happy to see he meant it.

Frankly, the man can holiday as long as he wants, so long as he keep showing up shirtless in gorgeous locales. The latest example:

Andrew Garfield was spotted by fans in Bali. pic.twitter.com/uw22kxiUC2

Vacay suits him! And that superhero body sure looks good in or out of the Spidey-tights.

Not that we’d expect any less from the staunch LGBTQ ally and all-around friendly guy, but it’s nice to see him smiling and so willing to take photos with fans.

These fan snaps from Indonesia come just a few short weeks after Garfield was spotted by paparazzi, splashing off the coast of Southern Italy. At this point, we like to think of the shirtless pics as his little postcards he’s sending us, just to keep us up to date on his world travels.

And, Andrew, if you’d like to pop by once the vacation is over and show us a slideshow of photos from your travels, our door is always open!

Naturally, fans of Garfield’s have barely been able to contain themselves, getting the actor’s name to trend on Twitter for hours after the photo first showed up online.

Here’s a round-up of our favorite shirtless Andrew Garfield reactions from The Bird App:

andrew garfield is the sexiest man of 2022 FIGHT ME pic.twitter.com/FnIH5y8nTT

only andrew garfield can make hands in pocket THIS attractive pic.twitter.com/iRHdms2R7n

me when this picture of andrew garfield pic.twitter.com/Ii8TdAGYtF

Andrew Garfield reading the tweets of him shirtless in Bali from his secret twt account pic.twitter.com/zX9NtXOdHY

you know that pic of andrew garfield is fire when film updates and pop crave even tweeted about it. got us all weak in the knees.

At this point, is there anyone or anything that can break shirtless Andrew Garfield’s chokehold on Twitter? Well, @zachraffio has an idea….