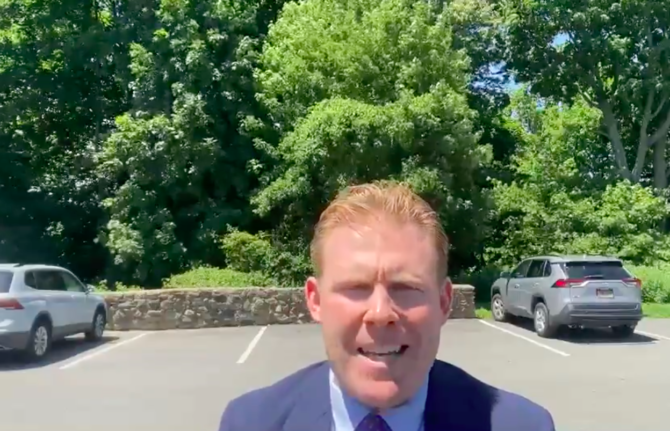 Andrew Giuliani took a moment out of busy schedule campaigning for New York Governor to speak to the people of America about his father having his law license suspended.

In an angry video posted to Twitter yesterday, Andy framed himself between two SUVs as he stood under the hot sun in what appears to be a suburban parking lot and ranted about how unfair the world is and how everyone sucks, man!

“A few minutes ago, my father’s law license was suspended,” he whined before listing off the names of the judges who ruled against his dad, accusing them of being biased. “This is just unbelievable to see just how politicized all of this has become.”

“Any American that believes in an independent justice system, this is going after one of President Trump’s closest allies, that’s exactly what this is,” he raged. “Any American that doesn’t believe that, they are just biased!”

“I stand by my father. He did everything, ultimately, by the book!”

You mean this guy?! 😏 pic.twitter.com/FK3EupD2BF

Are you really this stupid?

You’re in a parking lot.

Do you know who can still practice law in New York? pic.twitter.com/jue57IF0kL

“Cay we run through that again, the camera height’s not right”

How it was going. It kept going. pic.twitter.com/IZ8w1Mgklm