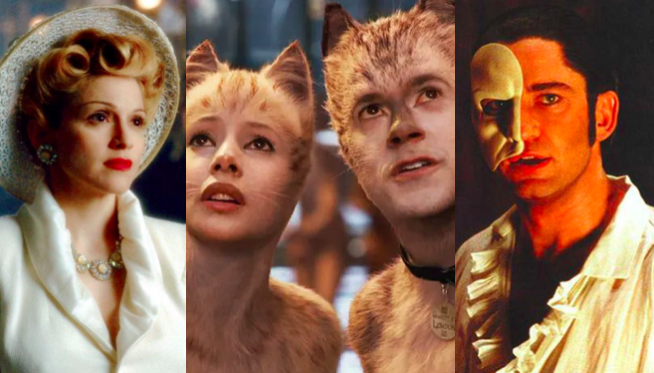 In a new interview with Variety, legendary Broadway composer Andrew Lloyd Webber sounds off on all the film adaptations of his work–from Evita to Cats–and, in true ALW fashion, he doesn’t hold back.

Related: Andrew Lloyd Webber breaks his silence on why the “Cats” movie was so awful

Webber concludes that Evita is probably the best of the adaptations (It did win a ton of awards, after all!), and he says the 1973 version of Jesus Christ Superstar is pretty bad, but he hasn’t seen it in years, so maybe it’s not as terrible as he remembers (We hate to say it, Andrew, but it is).

Webber also spoke about several of the Hollywood actors who appeared in the film versions of his musicals. Now, some highlights…

On Madonna in Evita:

To this day, I don’t think anybody else could have done it better.

On Gerard Butler in Phantom of the Opera:

The Phantom was too young, and the whole point of the Phantom is he needs to be quite a bit older than Christine.

On Glenn Close and the film adaptation of Sunset Boulevard:

I wish I could say it’s going into production tomorrow morning, but it’s not. Paramount has not wanted to go ahead with it. It’s not for want of trying. Glenn Close has been absolutely doggedly trying to get it made.

And he spoke about that truly disastrous adaptation of Cats and how it actually inspired him to abandon felines altogether and adopt a puppy, which he now takes with him everywhere he goes.

Cats was off-the-scale all wrong. There wasn’t really any understanding of why the music ticked at all. I saw it and I just thought, “Oh, God, no.” It was the first time in my 70-odd years on this planet that I went out and bought a dog. So the one good thing to come out of it is my little Havanese puppy.

[During a recent trip] I wrote off and said I needed him with me at all times because I’m emotionally damaged and I must have this therapy dog. The airline wrote back and said, “Can you prove that you really need him?” And I said “Yes, just see what Hollywood did to my musical Cats.” Then the approval came back with a note saying, “No doctor’s report required.”