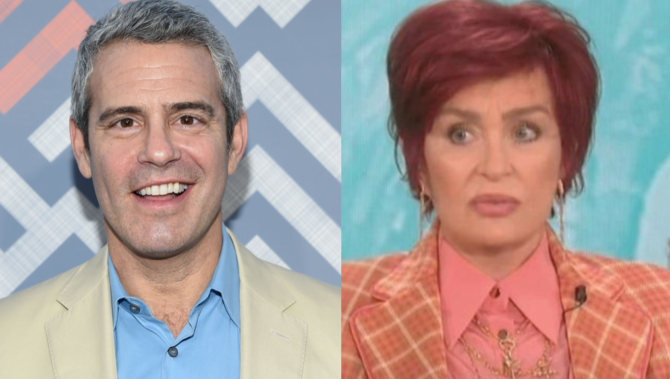 Andy Cohen has some experience navigating television spectacle, and he thinks CBS made a big mistake in how it’s handling Sharon Osbourne’s The Talk drama.

Osbourne, who has hosted the show since 2010, was widely criticized for the way she defended pal Piers Morgan, who said of Meghan Markle’s disclosure of suicidal thoughts after joining the British royal family: “I don’t believe a word she says. I wouldn’t believe her if she read me a weather report.”

During a segment on The Talk in which Osbourne became emotional defending Morgan, she demanded that co-host Sheryl Underwood “educate” her about racism.

Osbourne’s outburst was widely criticized as gaslighting, and shortly after the segment aired, she became the target of a CBS investigation after allegations came to light that she used homophobic and racist slurs when referring to her co-hosts in the past. The show was placed on hiatus.

That’s where Cohen thinks a big mistake was made.

Speaking on the Kyle and Jackie O Show, the Bravo host said: “In my mind, what they should have done with the Sharon Osbourne thing, is go back, get back on the horse the next day, talk it out on the air. Keep talking. Now we’re investigating [The Talk] and we’re investigating what happened. It’s like, just keep talking.”

“It’s the only way to get through a tide of s**t is to keep talking about it and keep being real and honest with each other,” he added.

Questioned whether he thinks the show can spring back at this point, he said:

“Now it’s just going to be awkward. They can’t come back from this now.”

Osbourne, for her part, sees the whole situation as a big setup.