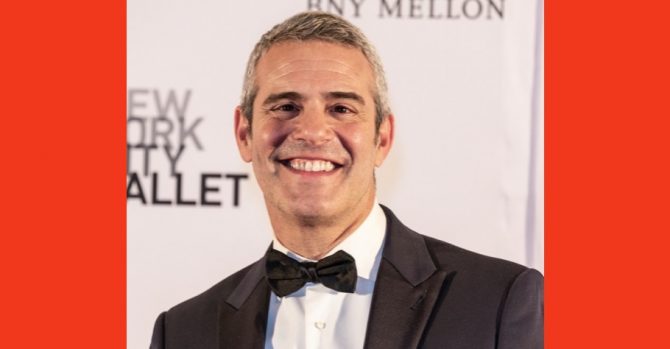 The Bravo host welcomed his new baby boy, Benjamin, into his home on February 4th, and nine days later, he’s shared his first father/son baby photo… on the cover of People Magazine.

This is my son!! I grew up reading @People cover to cover, at a time when being gay meant there was no way to have a family. Now I’m honored to be featured on the magazine’s cover. Thank you @mrjesscagle for sharing my story. Link in bio, and check out the issue on stands Friday

He also opened up about what being a new dad has been like in an accompanying interview, telling the magazine:

“[Benjamin] was so alert for the first two hours. His eyes were wide open.

He didn’t cry; he was just calm. I kind of have no words for it.”

Cohen also shared fun tidbits about the birth, like the fact that he got to cut the umbilical cord. We bet you’re glad you know that now.

“I worked with an incredible surrogate,” he said.

“It’s a voluntary process, obviously. My surrogate just viewed it as she was giving me the ultimate gift. She gave me life.”

“The biggest moment for me in the process was this summer.

I was shooting the Southern Charm reunion and we were on a lunch break, and my surrogate texted me a video of the first sonogram.

I was in my dressing room in tears. That was the moment for me where I was like, whoa.

And promised that he would not become a ‘helicopter parent’ as ‘I don’t want to stress him out’.”

You can read the full interview here.