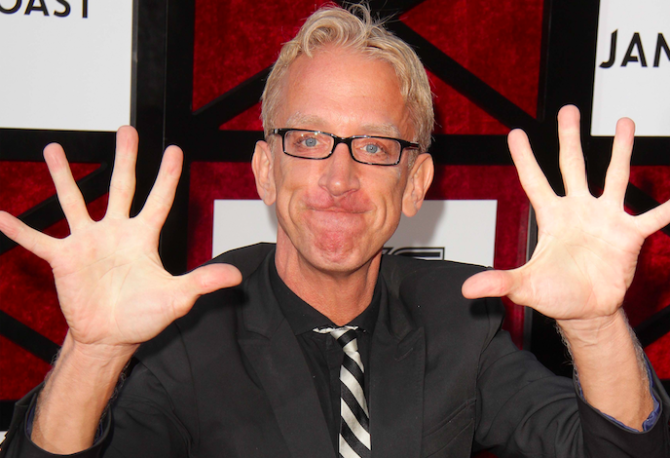 Comedian Andy Dick is scheduled to have his first pretrial hearing today in a case involving a male Uber driver who says he was groped by the comedian in 2018.

Dick is charged with one misdemeanor sexual battery count for allegedly grabbing the man’s crotch in West Hollywood in April 2018.

Yes, but also no. That was a different male Uber driver who accused the bisexual comedian of grabbing his crotch. In response, the driver punched him in the face, knocking him out for 15 minutes and requiring him to be taken to a local hospital, where he was treated for head injuries.

According to a report filed with the L.A. County Sheriff’s Department, the unnamed male driver says Dick reached over and grabbed his crotch during a car ride.

Dick has pleaded not guilty to the charge. If convicted, he could spend up to 180 days in jail.

But this isn’t the first… or second… or third time he’s found himself in trouble for this sort of behavior.

In 2018, Dick was charged with sexual battery when he allegedly groped a woman on the street. He pleaded no contest to lewd conduct and battery to avoid any jail time.

And in 2017, he was dropped from the film Raising Buchanan amid accusations of sexual misconduct on set, which included grabbing people’s genitals, kissing and licking them without permission, and propositioning at least four crew members for sex.

Then there was the time in 2013 when he settled a lawsuit in which he was accused of flashing his genitals in a Dallas comedy club and rubbing his penis in the face of a male audience member.