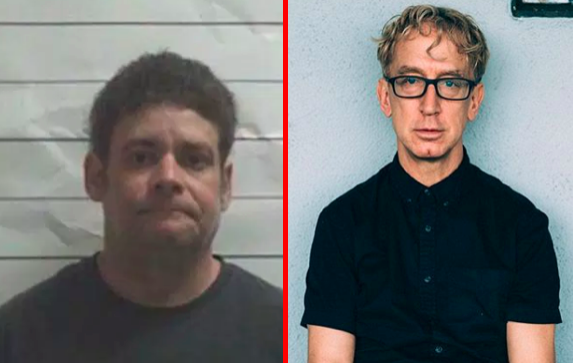 Bisexual comedian Andy Dick was assaulted in New Orleans over the weekend. His attacker, David Hale, has admitted to the crime, but, he says, there’s more to the story than what was originally reported.

The assault happened last Saturday after Dick had finished a show at One Eyed Jack’s in the French Quarter. He was standing outside waiting for an Uber at around 2 a.m. when 46-year-old Hale approached him.

“Andy was standing in front of the club when the guy cold cocked him while he was talking to someone,” Dick’s booking agent, Robert Couvillion, explained earlier this week. “Andy’s head fell into the wall, then fell into the motorcycle, then cracked on the cement.”

Hale, who had attended Dick’s show earlier that night, was arrested. He admitted to the assault, but he tells police he only did it after the comedian “grabbed Hale’s genitals” and winked at him, which caused him to lose control.

The blow left the 53-year-old comedian unconscious for about 15 minutes. An ambulance took him to a local hospital, where he was treated in the ICU for head injuries.

Meanwhile, Hale was was booked into the Orleans Parish Justice Center for second degree battery and simple battery on Monday.

New Orleans police say they now intend to investigate whether Dick may have also committed a crime. If Hale’s accusations prove to be true, Dick’s behavior could fit Louisiana’s definition of sexual battery, which is a felony that carries up to 10 years in prison.

Last year, Dick was charged with sexual battery when he allegedly groped a woman on the street. He pleaded no contest to lewd conduct and battery as part of a deal with prosecutors that allowed him to avoid any jail time.

And in 2017, he was dropped from the film Raising Buchanan amid accusations of sexual misconduct on set, which included groping people’s genitals, kissing and licking them without permission, and making sexual propositions to at least four members of the production.

A representative for Dick denies the comedian did anything wrong in New Orleans last Saturday and says Hale’s version of events has changed repeatedly.

Related: Andy Dick violently attacked after show, “We thought he was dead”