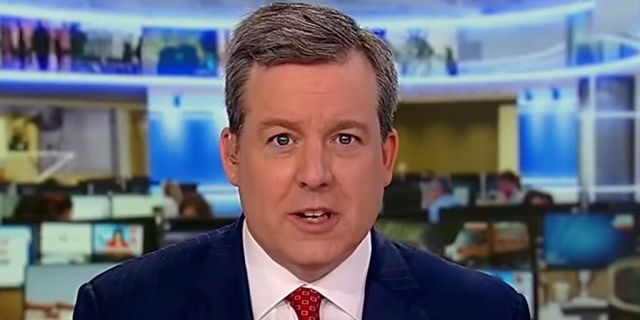 Another day, another Fox News anchor fired for sexual misconduct.

The network just announced that it has terminated its contract, effective immediately, with veteran anchor Ed Henry over complaints of “willful sexual misconduct in the workplace.”

In a statement issued Wednesday, the network said:

Fox News Media strictly prohibits all forms of sexual harassment, misconduct and discrimination. We will continue striving to maintain a safe and inclusive workplace for all employees.

Henry had been with Fox News since 2011. In addition to being its official White House Correspondent, he co-hosted Fox and Friends Weekend and America’s Newsroom.

Henry, a longtime Washington correspondent who was recently made co-anchor of the Fox Corp.-owned network’s mid-morning program “America’s Newsroom,” was let go quickly after the network received a complaint on June 25 from a former employee about Henry’s behavior from “years ago,” according to a statement from Fox News Media CEO Suzanne Scott and President Jay Wallace. “Ed was suspended the same day and removed from his on-air responsibilities pending investigation. Based on investigative findings, Ed has been terminated,” the executives said.

In a statement, Henry’s attorney, Catherine Foti, insisted her client is innocent, saying, “Ed Henry denies the allegations referenced in Fox’s announcement this morning and is confident that he will be vindicated after a full hearing in an appropriate forum.”

But this isn’t the first time the 48-year-old climate change denier has found himself wrapped up in a sex scandal.

In 2016, he took a four month leave of absence from his job after being outed for engaging in a 10-month extramarital affair with a Las Vegas stripper.

It’s also not the first time Fox News has let go one of its most popular personalities in recent months.

In March, it canned primetime anchor Trish Regan after she called the coronavirus a Democratic “scam” on her show, resulting in a class action lawsuit against the network for peddling coronavirus misinformation.

Then in April, it fired coronavirus-deniers Diamond & Silk (aka Lynnette Hardaway and Rochelle Richardson), who had contributed original content to its online streaming service Fox Nation since 2018.

get a life
41 comments