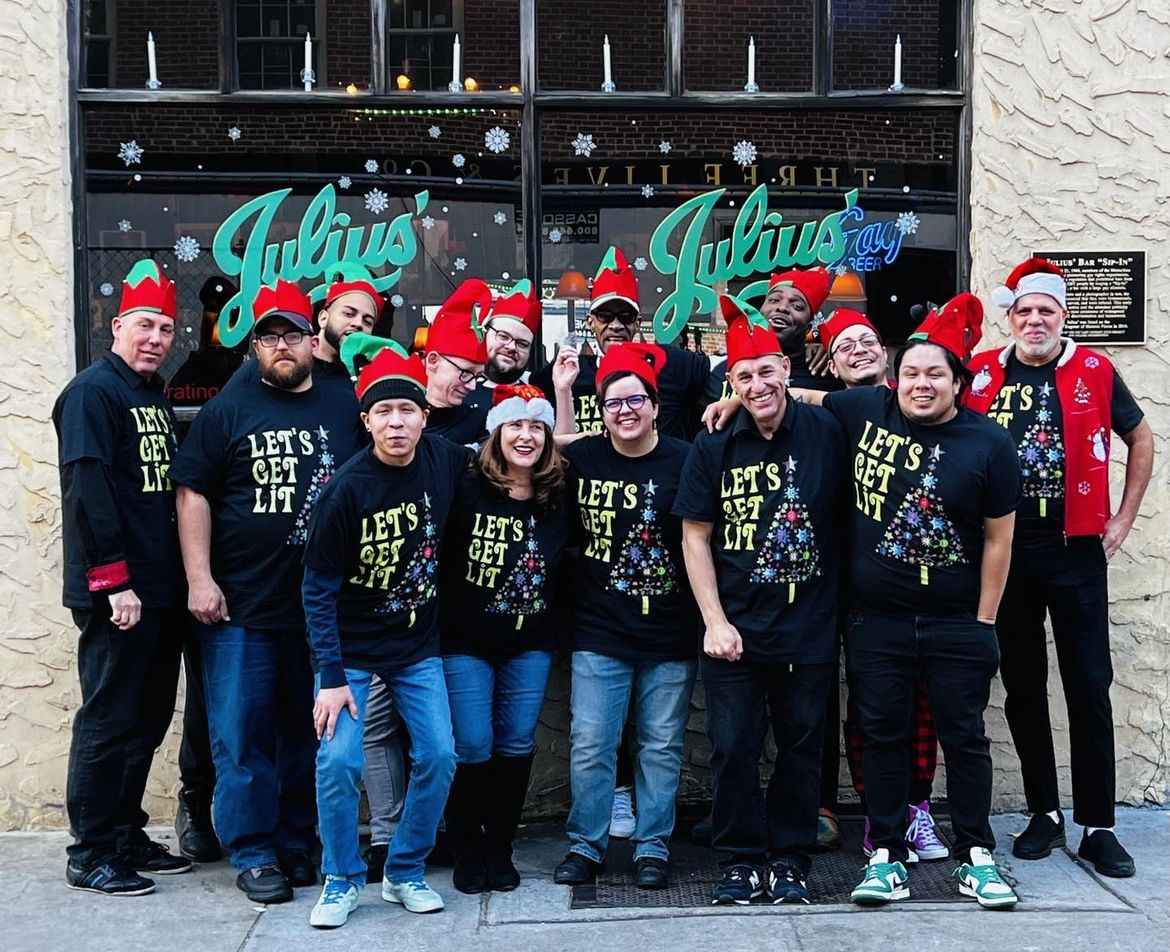 Julius’ Bar in NYC, the country’s oldest gay bar and location of an iconic queer rights protest in 1966, is now legally cemented landmark of LGBTQ+ history.

For years, New York’s bars were not only encouraged but legally required to turn away explicitly gay patrons as “disorderly” under a New York State Liquor Authority rule.

Inspired by the Black civil rights sit-in movement of 1960, three members of the gay rights Mattachine Society (Dick Leitsch, Craig Rodwell and John Timmons) took to several spots around the city to stage “sip-in” protests in which they would disclose their homosexuality and request to be served a drink.

The protest, the subsequent court ruling it inspired, and Julius’ Bar’s history as a gay hub have officially qualified the spot as a U.S. landmark:

Related: The Greenwich Village bar that established our right to drink in peace

A New York Times article chronicled the event back in 1966 with the homophobic headline, “3 Deviates invite exclusion by bars.”

The first bar on the protestors’ trail, Ukrainian-American Village Restaurant, was tipped off to their plans ahead of time by a New York Times reporter and closed early, posting a sign on the door that read: “If you are gay, please go away.”

The second establishment, a Howard Johnson’s restaurant, served the trio without issue. Manager Emile Varela told the Times, “I drink, and who’s to say whether I’m a homosexual or not?”

It wasn’t until they reached Julius’ Bar that the three were formally refused service. Though the bar was reportedly known to be a covert gay bar — “a rather dull neighborhood place which was about three-quarters gay,” according to follow sip-in protestor Randy Wicker — the manager refused them, reportedly saying, “I think it’s the law.” The refusal would serve as the basis for the Mattachine Society’s court case against the rule.

Related: Tipping Points: 17 Amazing Events That Got Us Closer To Equality

This led to a 1967 state court ruling that declared the SLA (State Liquor Authority) needed “substantial evidence” of indecent behavior to close a bar and not just same-sex kissing or touching. Of course, this didn’t put an end to law enforcement raids on queer bars, but it was a pre-Stonewall legal win towards that end.

The bar’s less-than-gay-friendly management at the time were clearly filtered out, as it was clear the patrons weren’t going anywhere. Since, the bar has become a staple location in its community, featuring things like Hedwig and the Angry Inch creator John Cameron Mitchell’s monthly Mattachine party with his pal Amber Martin spinning classic vinyl.

The community even banded together to save the establishment through the hardship of the COVID-19 pandemic, raising well over $100,000 through GoFundMe to keep the historic spot open.

Related: Commemorate the 55th anniversary of the ‘sip-in’ protest at NYC’s Julius’ bar