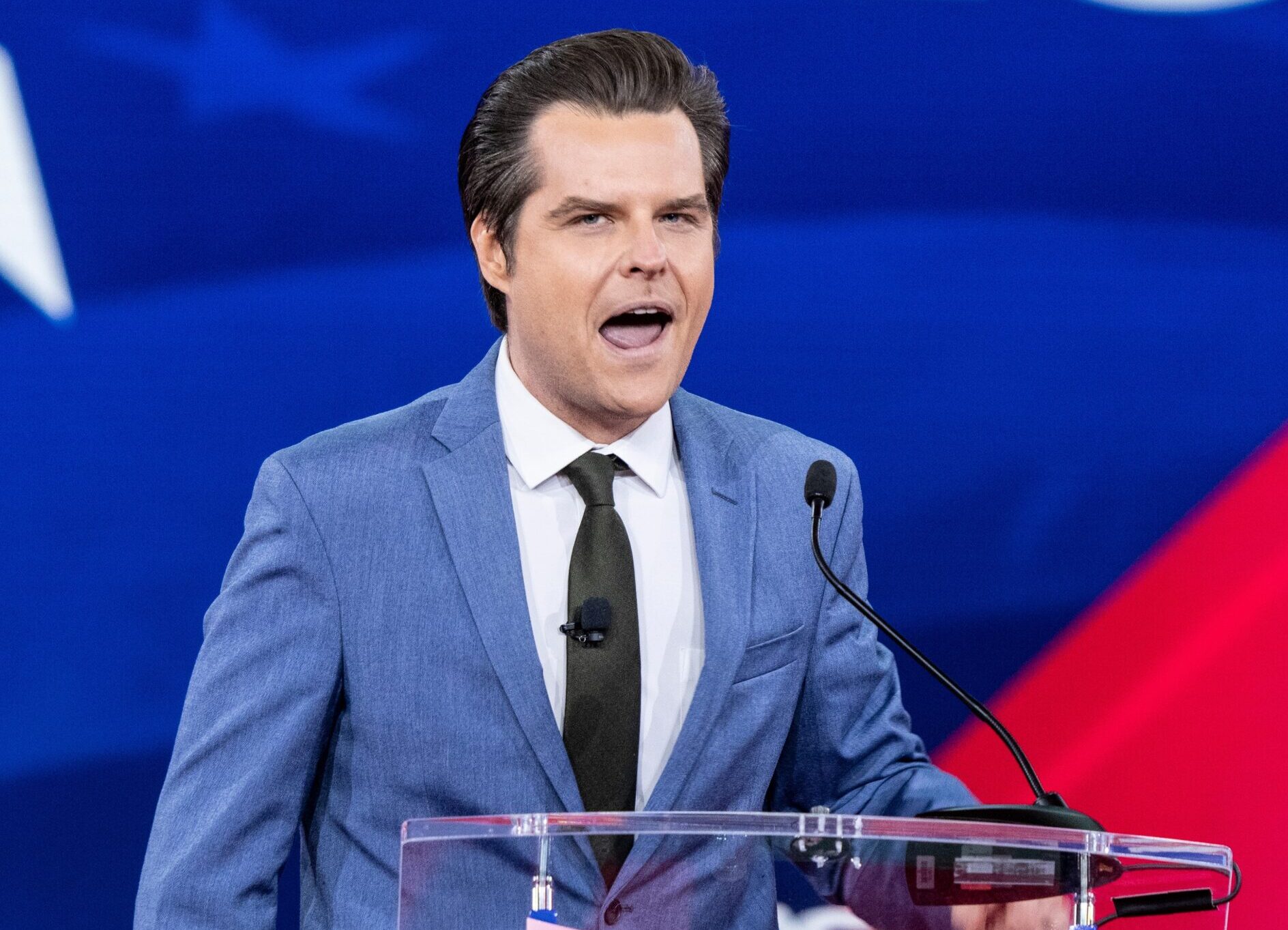 Matt Gaetz‘s teen sex scandal is back in the news.

A former aide to Donald Trump testified to the January 6 committee that the anti-LGBTQ Florida congressman pestered the ex-president’s camp for a preemptive presidential pardon relating to the Justice Department’s investigation into his alleged underage sex crimes.

McEntee added that Gaetz told him “he did not do anything wrong but they are trying to make his life hell, and you know, if the president could give him a pardon, that would be great.” Gaetz told McEntee that he had asked White House Chief of Staff Mark Meadows for a pardon.

When asked by committee investigators if he interpreted Gaetz’s request to be in response to the DOJ’s investigation into his alleged underage sex crimes, McEntee replied, “I think that was the context, yes.” He also said was couldn’t remember whether the request happened before or after the January 6 insurrection.

The Justice Department has been investigating whether Gaetz, who opposes codifying same-sex marriage into federal law and frequently leans into the homophobic narrative about LGBTQ people and drag queens being “groomers”,  paid an underage girl for sex and traveled with her across state lines since the final months of the Trump administration.

The probe was initially approved by Attorney General William Barr.

We should note that, according to McEntee’s testimony, Gaetz didn’t ask Trump directly for the pardon. He asked McEntee and Meadows. So, technically, that statement from Trump is true, albeit wildly misleading.

Earlier this summer, former Meadows aide Cassidy Hutchinson told the committee that Gaetz “was personally pushing for a pardon, and he was doing so since early December, I’m not sure why.”

“Mr. Gaetz had reached out to me to ask if he could have a meeting with Mr. Meadows about receiving a presidential pardon,” she said.

Why would Matt Gaetz need a pardon for sex trafficking minors if he wasn’t guilty?

Matt Gaetz asked for a pardon because he has sex with children.

Can someone please explain to me how the hell Matt Gaetz, a person under active criminal investigation for sex trafficking is still sitting on the House Judiciary Committee?

I’m just saying, but if someone accused me of sex trafficking minors and I was innocent, I wouldn’t be asking for a pardon.

Why is Matt Gaetz still on the House Judiciary Committee? pic.twitter.com/QEzEsWaANb

Every so often I feel the need to remind everyone that Matt Gaetz took a Holocaust denier to the State of the Union.

If you voted for sex-trafficking rapist Matt Gaetz, you never, ever get to call liberals "groomers" & "pedophiles" again.

Anytime I see Matt Gaetz trending, I assume there is an Amber alert soon to follow.

We’ll give Trump this: at least he didn’t pardon Matt Gaetz for sex trafficking

In July, Gaetz was among 20 House Republicans who voted against a bill to combat human sex trafficking. When asked by he opposed it, he said it was “overfunded” and “inefficient” then spouted off some nonsense about illegal immigrants.

Related: Matt Gaetz mocks women for being ugly, gets reminded he has huge forehead and (allegedly) pays for sex