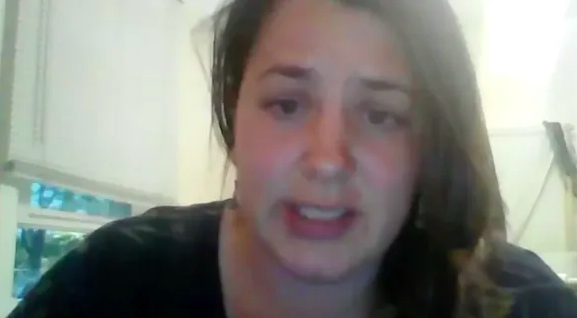 A Colorado woman who was kicked out of a liquor store for refusing to comply with the store’s mandatory mask policy decided it would be a good idea to post a video of herself throwing a temper tantrum over the matter.

“I was harassed and assaulted, then thrown out of Molly’s Spirits in Lakeside, Colorado for not wearing a mask,” Ruby Mosso said in a video uploaded to her Facebook page.

“A customer ran her cart into me, workers and managers shoved me and put their hands in my face. Lakeside cops did nothing. I asked cops to get her, so I could press charges and they refused.”

But Westword notes that many of Mosso’s accusations are directly contradicted by her own video:

Several of these statements are contradicted by the video itself, which is accurately labeled as a “Pandemic Freakout” in a Reddit thread that has generated well over 5,000 comments. The video begins with Musso saying, “‘Kay, there you go, let’s record now,” as she focuses her phone camera on a mask-wearing patron. The woman pushes her cart very close to Musso and [tells her to “get out of this f–king store.”] Musso responds, “Oh, really. Wow. Okay, that’s harassment. I’m filing charges.”

This week, Colorado Governor Jared Polis issued a statewide mask mandate ordering anyone over the age of 10 to wear masks in public.

Mosso later told her local news station that she suffers “a medical condition” that causes her have “extreme panic and anxiety” any time she wears a mask.

Related: Antigay lawmaker compares himself to “Jews in Nazi Germany” as he chainsaws a mask in half