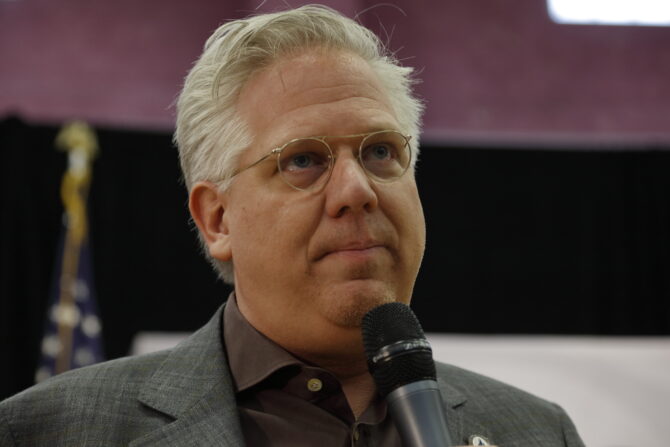 Right-wing radio host Glenn Beck has contracted Covid-19 for the second time, and he doesn’t seem to be doing too well.

The former Fox News personality had previously said he didn’t need to get the vaccine in part because of the natural immunity he developed after his first bout with the disease in April 2021.

According to the CDC, fully vaccinated individuals and those previously infected with Covid each have a low risk of subsequent infection for at least 6 months. It recommends vaccination for all eligible persons, including those who have been previously infected.

“I am great, Mark. I am great, Mark,” Beck said during an appearance on Mark Levin’s daily radio show. “Despite having COVID and seeing the destruction of our country,” he added.

“Do you have COVID right now?” Levin asked.

“Yeah, I do,” Beck said, adding, “It’s starting to go into my lungs today and a little disturbing. I’m on all the medications and treatments and everything else, so.”

Between coughs, Beck told Levin “It’s all good,” and he’s “not concerned about it.”

“I’m really not,” Beck said. “I just am so done with this whole Covid thing. I know it is real. I am a fatty-fat-fatso, so that is probably not the best thing, and I got some other issues.”

Levin asked Beck if he was using a monoclonal antibody treatment, and Beck said yes, but he doesn’t think the treatment is working. Studies have found the treatment to be ineffective against the Omicron varient.

Beck added that he’s also taking the anti-parasite drug ivermectin, a drug that has not been scientifically shown to be effective in treating Covid. It’s become a favorite of the right-wing, anti-vax crowd, and led the FDA to issue this unusual statement last year:

“I have had it for about a week,” Beck said. “I’m not going downhill. I mean, I think I’m feeling better. It’s just getting into my lungs… you will want to avoid that.”

Unfortunately for Beck, the best way to “avoid that” is to be vaccinated and boosted.

“What we haven’t seen yet is a substantial body of information about what omicron will do in unvaccinated people,” he added.

Unsurprisingly, folks are having a hard time sympathizing with Beck:

You hear Glenn Beck, sick with COVID in his lungs, talking to Mark Levin, and they run through all the things Genn should do/should have done, none of which include getting the free working vaccine. SMH.

So Glenn Beck fell for his own nonsense & didn't get vaccinated. Now it's spread to his lungs. As someone who has lung problems, I don't wish it on anyone. You'd think Glenn was smart enough to vaccinate himself while peddling the lies like the rest of the RW media has done.????

How it started How it’s going pic.twitter.com/lgCjrfqShE

Glenn Beck, who still refuses to get vaccinated, has COVID again and said it’s now in his lungs. So naturally, the covidiot is taking ivermectin.

But hey, at least his worms won’t have COVID.

Nothing says "natural immunity is the best approach" quite so clearly as Glenn Beck getting Covid … for the second time.