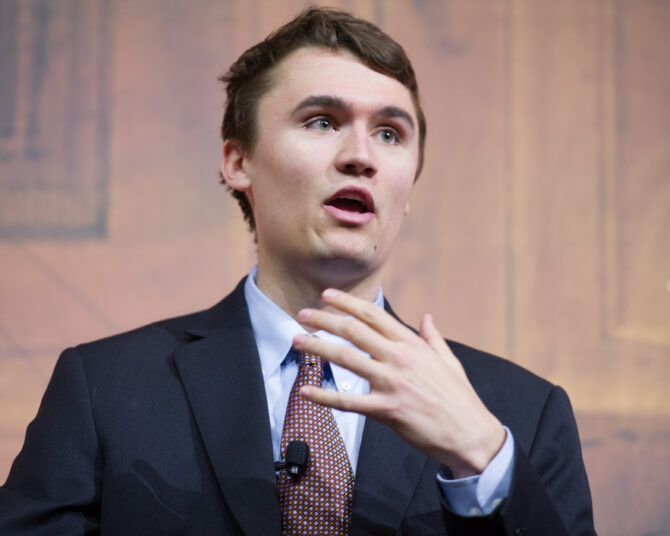 “The NFL is now the league of sexual anarchy,” the 28-year-old rage tweeted. “This halftime show should not be allowed on television.”

The NFL is now the league of sexual anarchy. This halftime show should not be allowed on television.

We honestly have no idea what Kirk, who founded the antigay hate group Turning Point USA in 2012, is even talking about. As far as Super Bowl halftime shows go, yesterday’s was pretty tame compared to previous years.

Related: This rare footage of Madonna rehearsing before Super Bowl XLVI will remind you why she’s the queen

The most “scandalous” thing about it were Mary J. Blige’s thighs which, frankly, looked incredible in custom-made boots and a matching bodysuit embellished with 10,000 Swarovski crystals designed by Peter Dundas.

This isn’t the first time Kirk has talked about “sexual anarchy.” Last year on his podcast, he accused Democrats of being sex-crazed perverts, saying they wanted to force Americans to live where “there is no cultural identity, where you live in sexual anarchy, where private property is a thing of the past, and the ruling class controls everything.”

Shortly after making the remarks about yesterday’s Super Bowl performance, Kirk found himself the laughingstock of Twitter, and deservedly so.

Charlie Kirk got a boner during the halftime show and he doesn’t know what to do.

Charlie Kirk was 10 when Janet Jackson had her wardrobe malfunction, so it’s not surprising that his definition of “sexual anarchy” is a little bit off.

Charlie Kirk ran over to his wife’s bedroom and made her turn the halftime show off.

I have not watched the NFL in years, but Charlie Kirk might convince me to pic.twitter.com/dABS9ECgJi

Charlie Kirk’s wife engages in sexual anarchy with her magic wand every time he leaves the house.

I hate this. Not just because it shows how out of touch and puritanical the right is, but because I will never, ever, come up with a better band name than "Sexual Anarchy."

Charlie Kirk thinks sexual anarchy is the belief that the female orgasm exists.

Charlie Kirk: if vaginal dryness were a person. pic.twitter.com/Fzm4dwNhCm

Subscribe to Queerty for a daily dose of #life #charliekirk #maryj.blige stories and more