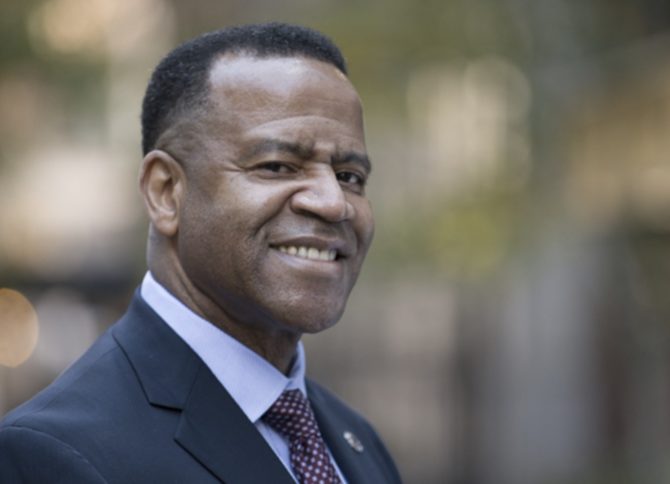 A years-long legal fight involving the former Atlanta fire chief who was canned after publishing an online hate manifesto condemning homosexuality has finally ended with the City writing him a check for over a million dollars.

A little backstory: Kelvin Cochran was canned from his job as Atlanta’s fire chief back in 2015 after self-publishing an inflammatory antigay e-book.

In Who Told You That You Were Naked?, Cochran, a self-proclaimed “devout Christian man,” meditates on the evils of gay people, calling them “vile,” “vulgar,” “perverts,” and “inappropriate,” and comparing homosexuality to bestiality.

When City officials got wind of the 162-page hate manifesto, they determined it violated employee guidelines and terminated Cochran’s employment. The city requires employees to first seek permission and obtain approval before publishing a book, which Cochran never did.

Cochran sued, employing The Alliance Defending Freedom Fund, a conservative Christian legal group based in Arizona that has waged legal battles throughout the country against same-sex marriage.

Now, three years later, the City has just agreed to pay him a $1.2 million settlement, saying the whole thing was getting too expensive to continue fighting.

“While the start of this litigation preceded our Administration, based upon findings of the Court that could have resulted in tax payers paying millions of dollars in damages and litigation fees, a negotiated settlement was recommended by legal counsel,” a spokesperson for Mayor Keisha Lance Bottoms said in a statement this week.

The $1.2 million includes a payout to Cochran as well as his attorneys fees. Naturally, he and the Alliance Defending Freedom are giddy over the whole thing.

“We believe that the settlement sends a strong message throughout Atlanta and the rest of the country that the government cannot require its permission in advance for someone to speak about their faith on their own time,” Alliance Defending Freedom Senior Counsel, David Cortman, said in statement. “The First Amendment provides the only permission necessary.”