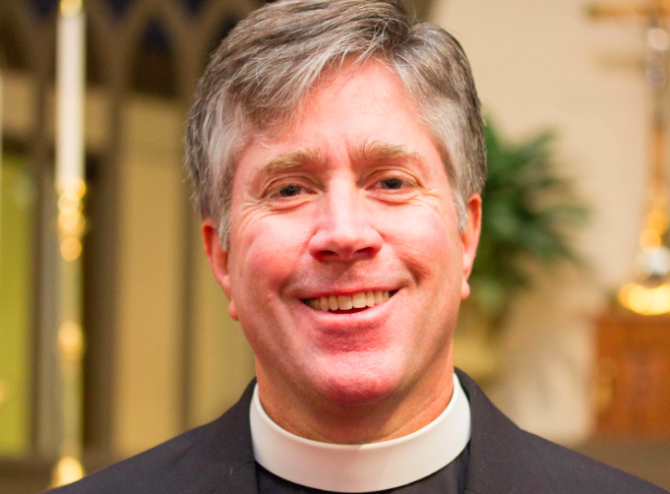 An antigay Anglican priest from Florida is accused of having an insatiable appetite for “good-looking, thin, and fit young men,” according to a damning new report.

Eric Dudley, a married father of three, spent his entire career railing against the evils of homosexuality. He served as rector at St. John’s Episcopal Church from 1995 to 2005 before shocking the congregation by abruptly leaving to start his own church, St. Peter’s Anglican Church, where he preached until last year, when he resigned in disgrace amid multiple gay sexual misconduct allegations.

Godly Response to Abuse in the Christian Environment (GRACE), an independent group that helps churches investigate abuse inquiries, was tasked with researching the matter. This week, the group released the report’s findings and they’re pretty damning.

GRACE spoke to over 50 alleged victims and witnesses and pored over pages and pages of text messages and emails, ultimately finding that “the reported victims’ accounts often corroborated each other, even though they were not aware of other reported victims at the time.”

One of the alleged victims said Dudley came on to him inside a hotel room during a work trip. He claims Dudley booked a room with only one bed then blamed it on a front desk error. That night, he awoke to find Dudley caressing his body.

“Part of me is going like, ‘This is super strange,’” he told investigators. “And another part is going, ‘This can’t be happening.’”

“Eric is known as the guy who hates gay people. We’re the church that built our church based on anti-homosexuality. He kind of has a caricature out there, so no way this guy is coming on to me. I’m misreading him.”

Another alleged victim said Dudley used the same trick on him, booking a single-bed hotel room and blaming it on the front desk, and then molesting him in the middle of the night. He awoke to find Dudley, wearing just his underwear, fondling him beneath the sheets.

A third alleged victim claimed Dudley also used the single-bed trick on him and, when he awoke, found him lying on top of him with an erection.

And a fourth alleged victim said Dudley not only tried the single-bed trick on him, but also made a pass on him at his house.

The man claims he was showing Dudley his new bed when Dudley told him to lie down. The man did and Dudley climbed on top of him, kissing and undressing him. That’s when the man pushed him off and Dudley stormed out.

The next day, Dudley called the man and begged him to run off with him to California, saying, “I’m not gay. I’m not into that. I just, I need your, I’m an affectionate person. I need to be touched by you.”

Other allegations against Dudley include him obsessively texting a young man then showing up at his house when he didn’t respond, walking around half naked at a church retreat, and exploding into anger anytime he was criticized.

Dudley’s behavior didn’t go unnoticed by others either.

One witness told investigators that she observed “a pattern of young males that seemed to have captured our rector’s eye.” Another said Dudley was drawn to “good-looking, thin, and fit young men.”

The GRACE report concludes by recommending the church update its policies on sexual misconduct and create a system for addressing abuse and assisting victims. Meanwhile, church officials say Dudley’s alleged victims are receiving financial compensation and counseling for the abuse they suffered.