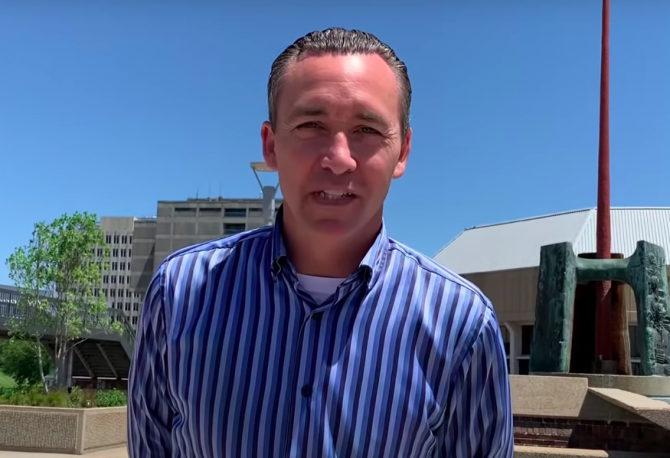 Just when we didn’t think he could sink any lower, Tony Spell, leader of the Life Tabernacle Church in Baton Rouge, Louisiana, is asking everyone to give him their stimulus money.

In case you need a refresher, Spell made headlines last month when he was arrested for busing in over 1,800 people to his Sunday service. He later said, “True Christians do not mind dying,” and has since continued holding church services week after week.

Since then, at least one of Spell’s parishioners has died of COVID-19 and his personal attorney, who is representing him in his legal battle with the state for defying official orders, has been hospitalized after testing positive for the virus.

Now, in a video published to his YouTube channel this week, Spell is encouraging his followers to give him their entire $1,200 stimulus checks. Because that’s what good Christians do, right?

He’s calling it the #PastorSpellStimulusChallenge. Beginning on April 19, he wants everyone to send him their money.

Spells goes on to say that both he, his wife, and his son are all donating their stimulus checks to… him. He also says anyone who doesn’t have a church to donate to should give through his website.