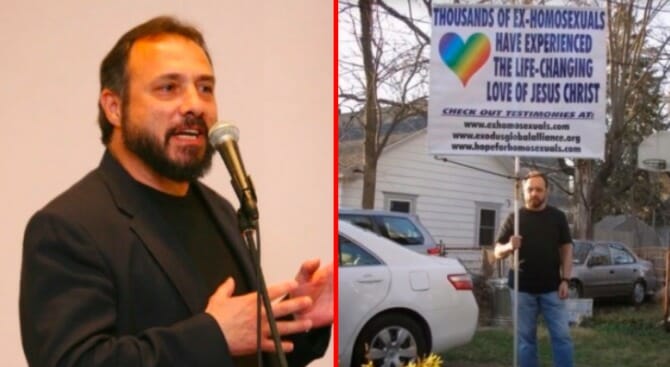 The city of Syracuse, New York was just ordered to pay him $127,000 after a judge ruled his rights were violated when he was prevented from protesting a Pride event.

The incident happened during the CNY (Central New York) Pride festival back in 2015 when police set up a 40-foot buffer zone for protesters outside the ticket booth.

Deferio, who has a reputation about town for staging loud protests at LGBTQ events around town, was told he would have to protest the festival from across the street.

Deferio responded by filing a lawsuit claiming his constitutional rights to free speech and equal protection were being infringed upon.

Now, U.S. District Judge Lawrence Kahn ruled that the city’s actions indeed violated Deferio’s rights, saying the First Amendment “applies to loathsome and unpopular speech with the same force as it does to speech that is celebrated and widely accepted.”

“The right to free speech may not be curtailed simply because the speaker’s message may be offensive to his audience,” Kahn said in his ruling.

Syracuse.com reports that the city has agreed to pay a six-figure settlement to the preacher. He will receive $1 in nominal damages plus an additional $127,247 to cover his legal fees and other expenses.

The city doesn’t have that kind of extra money around, so its going to have to borrow it to pay the fee.