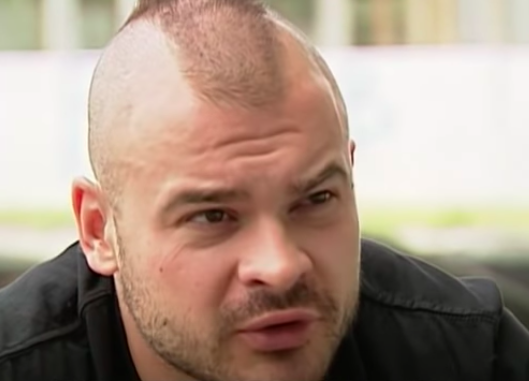 An antigay terrorist and neo-Nazi from Russia was found dead in his prison cell this week.

Maxim Martsinkevich led the group “Occupy Pedophilia,” which made a sport out of forcing young gay and bisexual men in their teens and early 20s to perform degrading and abusive acts on camera.

In 2013, he and his gang would use dating apps to find the men. After earning their trust, they would invite them over to hookup, only to ambush them as soon as they got there.

They would then force the men to strip naked, beat them, humiliate them with sex toys, shave their heads, and force them to make false confessions about being pedophiles.

Then they would upload the videos online for the whole world to see.

In 2014, Martsinkevich was arrested and sentenced to five years in prison for his crimes. After fleeing to Cuba, he was eventually captured, extradited back to Russia, and put in jail, where he’s been ever since.

Then on Wednesday, he was found dead in his cell.

The 36-year-old antigay ultranationalist was found dead in his cell in a Urals detention centre, apparently from asphyxia.

A razor was also found close to his body, and his neck and face were covered in blood.

“Resuscitation efforts by a medical team were unsuccessful,” said a prison service spokesman.

It is believed Martsinkevich died by suicide and that he left behind a note that “apologized for any inconvenience” from his death.

Sidorov insists “somebody assisted” Martsinkevich in dying. He also says that just last week, his client told him he was being tortured and forced to confess to murders he did not commit.

In the past, Martsinkevich had said: “If suddenly I slash my veins or hang myself while in transit, know that I was helped. Strongly.”

A source tells The Daily Star that there is no evidence to suggest foul play, but that a full forensic examination is still being conducted to rule anything out.