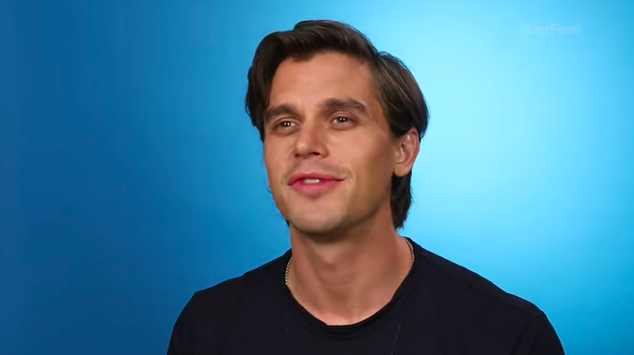 “I’m probably more uncomfortable doing this than I could possibly be at a hockey game,” Porowski says before taking a deep dive into the tweets, which included requests to eat pickled carrots off of his abs, watch him cook naked, and suck on his nipples.

“I do have very sensitive nipples,” Porowski admits.

One person says they want Porowski to “rip me apart like that giant lobster.” Another wants Antoni to feed him deviled eggs shirtless while laughing about their childhoods. And another fantasizes about Antoni dining on his derriere in the shoe section of a Target.

“The Target shoe section?” Porowski wonders. “That is so weirdly specific.”

But the highlight of the video comes towards the end when Porowski reads a tweet about someone who is sexually attracted to his hands. Somehow, this leads him on a tangent about choking during sex, a practice he seems to have some experience in.

Related: Antoni Porowski is back on the market after splitting up with Trace Lehnoff

“Some of us like it, but we know it’s dangerous,” Antoni says. “But if you like choking, making sure you have a safe word.”

He adds, “Actually, I’ve learned this the hard way. About to have some TMI. Don’t have a safe word. Have a safe move. Because often you can’t speak if you’re being choked.”