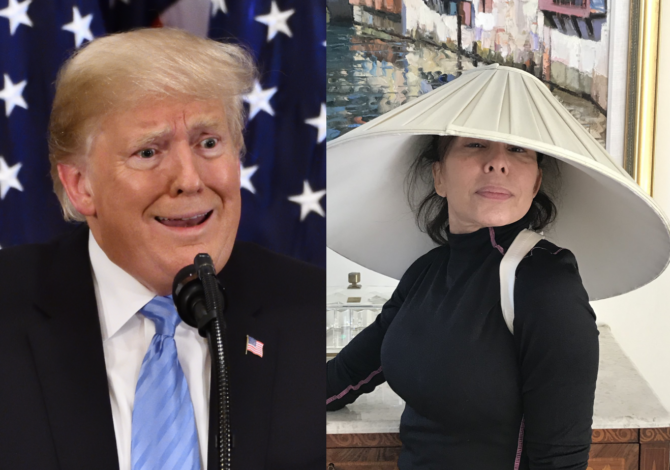 A new report from the Washington Post about how Donald Trump sought political advice from conservative TV personalities during his single term in office may offer us a better understanding of why his presidency failed and why Fox News host Jeanine Pirro drinks.

According to WaPo, Grisham said that “West Wing staffers would simply roll their eyes in frustration as they scrambled to respond to the influence of the network’s hosts, who weighed in on everything from personnel to messaging strategy.”

But there was one Fox News personality who felt left out of the game. Former judge/boxed wine aficionado Jeanine Pirro often became jealous that Trump would talk to her colleagues more than her.

Pirro, several Trump aides said, often became irate if the former president did not appear on her show frequently enough in her view, especially if he had been on Hannity’s show several times prior.

Fox shows were so important to the president that White House staffers were determined to get guests booked on them, even forcing staffers to take weekend shifts appearing on Pirro’s show after Pirro complained she couldn’t get a guest — and the former president also called in himself.

In other words, Pirro was like the Tiffany Trump of Fox News hosts in Trump’s eyes. He would occasionally use her when it was convenient for him–sort of like when he had Tiffany give that “LGBTQ for Trump” speech–but she clearly wasn’t his favorite.

Related: Everyone thinks Jeanine Pirro was drunk on the air again

Despite all this, Trump did Pirro plenty of favors over the years. In addition to helping her get PPE at the beginning of the pandemic, in the last 45 minutes of his presidency, issued a last-minute full pardon to her ex-husband, Al Pirro Jr., who previously served a prison term for tax evasion.

If you need coaching from Jeanine Pirro you have hit rock bottom !

Excuse me while I call Jeanine Pirro for a nice boxed wine suggestion to pair w/ my Velveeta cheese tray. https://t.co/nr4NkYIE85

In this one thing I empathize and agree with trump. .lol

That’s what drove her up drink. Well, to drink more than usual.

Every drunk I know has a low self esteem. She’s no different.

Can you imagine Jeanine Pirro giving advice. With a Laura Ingraham back up. pic.twitter.com/KikCVO6lGp