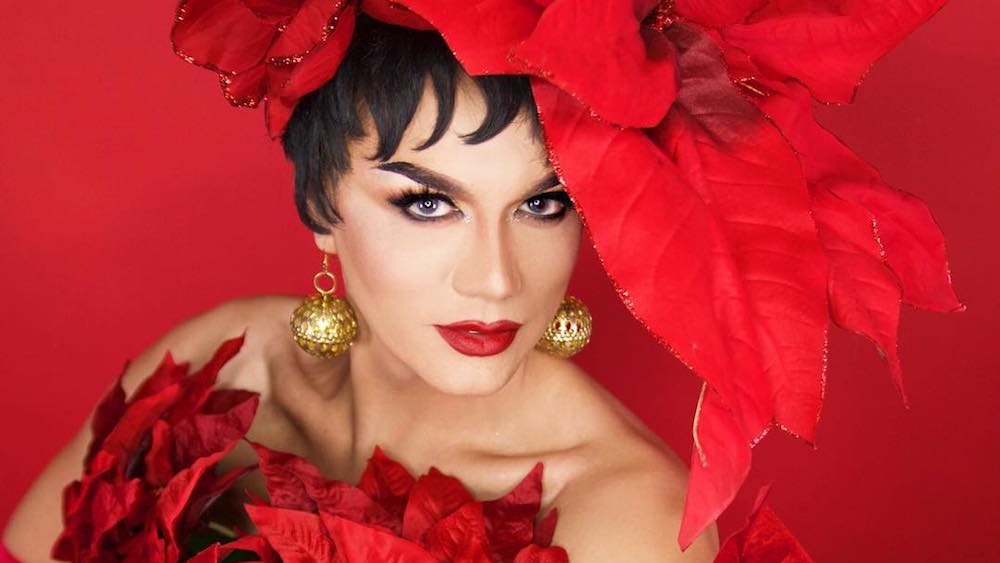 If you’ve been watching RuPaul’s Drag Race All Stars 4, then you know that season 3 and All Stars 1 competitor Manila Luzon has been killing it. But apparently, Luzon had a runway look that was too risqué for the show.

In the most recent episode, the queens had to wear a dress that fit the theme “Curves & Swerves.” Luzon strutted out onto the runway wearing a cute pink, plush, devil doll outfit (below) that judge Michele Visage called, “Cruella de Vil meets Reese Witherspoon.” (That’s 101 Dalmatians meets Legally Blonde, for those of you who missed the doggy reference.)

But Luzon originally had another look prepared, and she says it got banned for “bad taste.” Let’s take a look:

Here’s the outfit Luzon wore on the runway …

… and here’s what she originally wanted to wear.

Ru said my ORIGINAL Curves & Swerves Runway look was in “bad taste” and production told me to wear my back up. I was really looking forward to wearing this gown that I think celebrates a perfectly normal human experience! Many of my fans are young women who may feel pressured by society to be embarrassed by periods. It’s empowering to teach young women about their bodies, encourage them to celebrate them AND to question people who tell them not to! My goal with this look was to normalize menstruation by looking sick’ning even if I was on my period! Instead, i decided to wear the beautiful quilted dress you saw in the episode because it is not my show, it’s Ru’s. But because of Ru, I have my very own platform to speak for myself and show you all my interpretation! ?? my Period Gown is by @theladyhyde

That’s right, folks — she wanted to dress like a bloody “feminine pad.”

In the caption, Luzon posted alongside the image of her bloody pad, she explained that Ru considered the look to be in “bad taste,” and production asked her to choose another outfit.

“I was really looking forward to wearing this gown that I think celebrates a perfectly normal human experience!” Luzon wrote. “Many of my fans are young women who may feel pressured by society to be embarrassed by periods. It’s empowering to teach young women about their bodies, encourage them to celebrate them and to question people who tell them not to!”

She says her goal was to “normalize menstruation by looking sick’ning.”

Luzon doesn’t seem angered by the decision: “It is not my show, it’s Ru’s,” she wrote, before thanking the host for giving her a larger platform to share her work.

Luzon is right about young girls feeling shame around menstruation. A 2006 study showed that most young women view their “time of the month” with shame, embarrassment and a desire to hide it. They also said that popular media representations of periods are often negative.