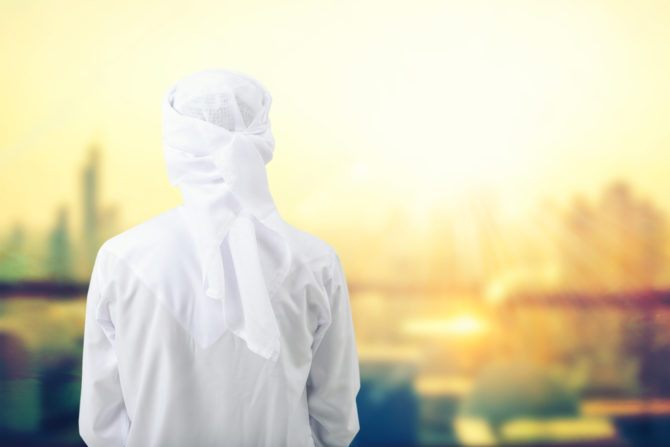 Imagine being forced to flee your homeland only to wind up in a place where people constantly fetishize you for being a refugee. That’s what happened to 25-year-old Elia.

Originally from Morocco, Elia is currently living in the Netherlands. While his life may no longer be threatened on a daily basis, he quickly found himself faced with a different dilemma.

“On Grindr, loads of men start conversations by calling me ‘master’, because Arab men are seen as dominant in bed,” Elia tells Vice.

“That’s why I decided not to have sex with white people any more, because I’m tired of being fetishized and made to feel like I’m only around to fulfill other people’s sexual fantasies.”

Elia says he’s also stopped going to gay bars for the same reason. Whenever he went out, he says, guys would treat him as some sort of exotic trophy and assume he must be “up for anything.” Some went so far as to demand he go home with them.

“I don’t want to be in that situation again,” he says.

But if you think that’s dark, it gets darker. Because Elia says another issue he regularly deals with are guys who fetishize refugees.

“When I was living in a refugee center in the northeast of the Netherlands, older white men would regularly drive to the camp just to try and sleep with refugees,” he recalls.

“I’ve been harassed by a guy there for that reason.”

Of course, there’s also the flip side to it all. Because for every guy who fetishizes Elia for his race or his refugee status, there’s another who will reject him for it.

“People say things like, ‘I’m not racist, but I’m just not attracted to Moroccans,'” he says.

Revisiting the gay dentist framed as an AIDS murderer: He “didn’t do it.”

Murray Bartlett is “surprised” his breakout role came at age 50

Why do I want hot men to punch me?

Gus Kenworthy makes a splash on Greek vacation … and is that a new boyfriend?

Marvel accused of cancelling TV series for being “too gay”