I guess Ariana Grande has moved on from licking donuts.

“Nobody knows how they found out about it,” says DJ Rockstar Aaron, who was delighted about their appearance. “The game is free and only relies on tips. Ariana and mom both turned out to be the highest tippers!”

But they wanted very little in return.

In fact, says Aaron, “They both graciously declined the prized box of an assortment of sex toys and said it was more fun just to play.”

I guess butt plugs are not among Ariana’s “favorite things”—and she doesn’t even want 7 cock rings!

Anyway, thanks to impressionist extraordinaire Jimmy James (who’s slated for the Pride edition of Forbidden Bingo) for the tip, as it were. 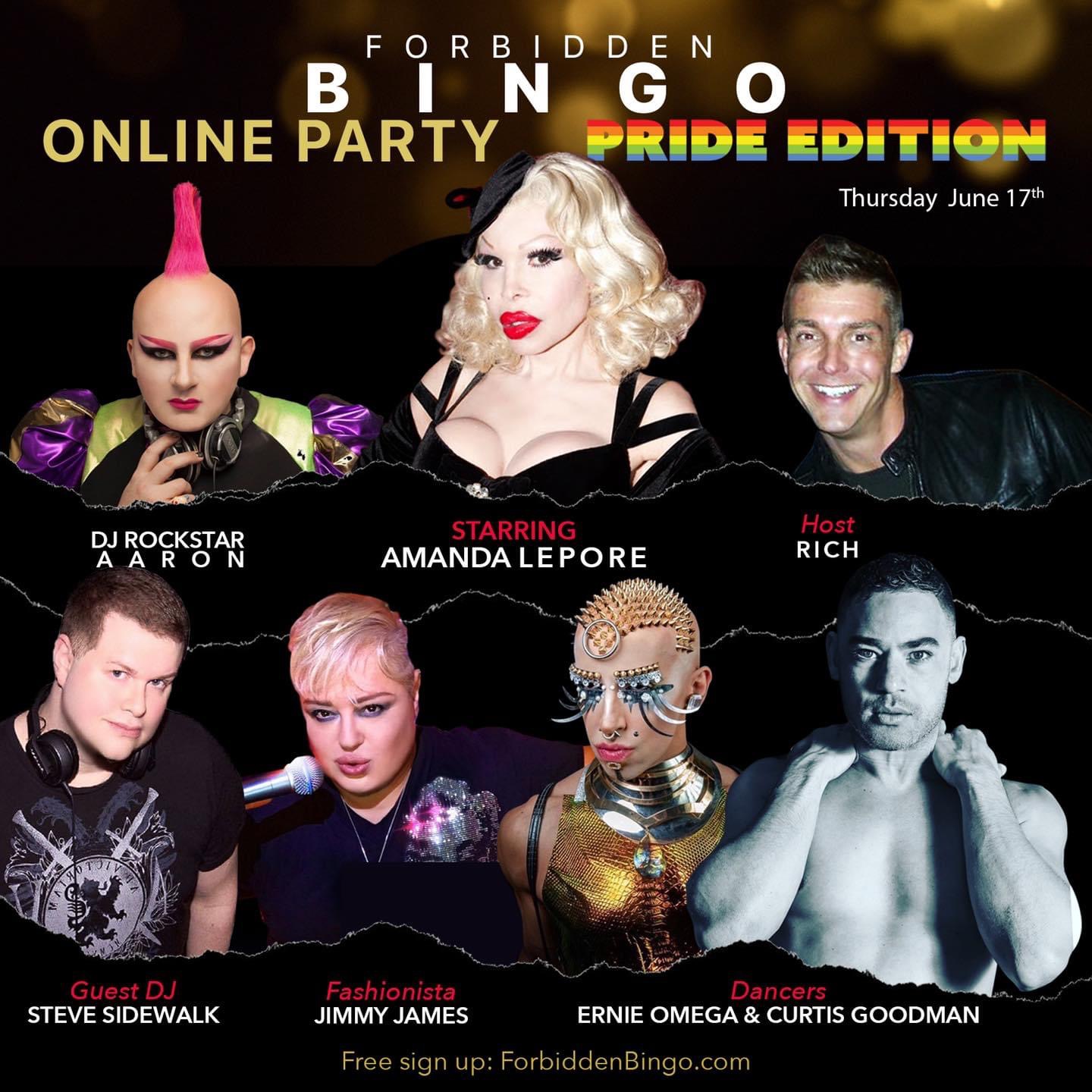 But please let me do a whole other kind of plug right now.

After Ticketmaster and brownpapertickets maddeningly refused to refund tickets to shows that were canceled during covid lockdowns, producer/promoter Daniel Nardicio and collaborators started Redeyetickets.com, the first queer owned and operated ticketing website.

It will cover various DWorld’s NYC and Fire Island parties and shows, and they promise not to be shady.

Meanwhile, get ready to also purchase a cocktail or two because longtime gay promoter John Blair (Rise Bar) is planning to open the Spot, a boite on 43rd Street and 10th Avenue, starting Pride week.

And that’s not the end of the new nightlife.

At a reception for P.S. Burn This Letter Please–a documentary about the underground NYC drag scene back in the day—I learned that the 82 Club, which is featured in the doc, might come back to life almost as big as my career.

Harry Nicolaou, whose dad owns Cinema Village (a longtime arthouse cineplex), has the lease to the 82 Club and said he’s looking for investors to revive the place exactly as it was. “I want a speakeasy feeling with a mixed crowd,” he told me. “A place where what society dictates don’t matter and customers can express themselves without constraints.”

But for those who don’t mind constraints, be sure to check out Forbidden Bingo and try to win some sexy handcuffs.