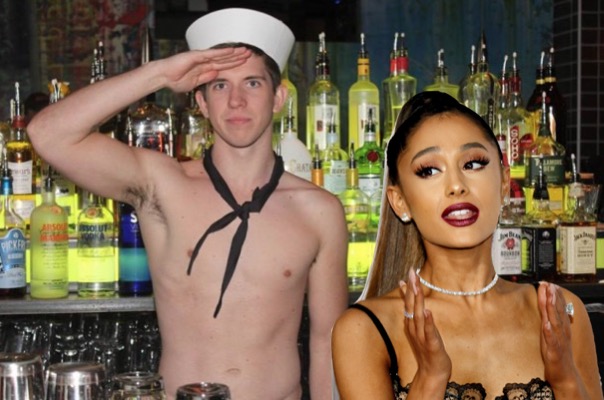 This just in: Ariana Grande is a human person who enjoys doing fun human people things like taking in some culture at the local gay watering hole.

While in San Antonio, Texas for her Sweetener Tour, the ‘7 rings’ songstress popped into Heat and the temperature in the room certainly rose a few degrees as the drag queens backstage realized what was happening.

ariana grande really went to our local club and was tipping queens $100 bills i fuckin love her pic.twitter.com/IzWtj1KI9E

Joining Miss Toni on stage was Niyala Milan Matthews, who told the news station (because this is clearly news) she wasn’t even slated to perform that night:

“Tonight was my off night from performing, I had planned to meet friends at a local bar on the north side but one text from a friend changed my entire night. I’ve never made a u-turn so quickly.

“I walked into the club and saw two little space buns poking from the crowd, I knew it was her! I ran backstage and started putting my ponytail on. I had to perform for her!

“I couldn’t even accept her tip or look her in the eye.”

So guys tonight was crazy. @ArianaGrande came to the heat night club and tipped me 100$ during my performance. What a night to remember. ????
(GO LOOK AT HER INSTA STORY) pic.twitter.com/JCkwzbIJQi

It was a smart move on Matthews’s part because everyone knows if you make direct eye contact with Ariana Grande you’ll dream in whistle tones for the rest of your life. That’s just science.

We have to assume that Matthews and Miss Tony did eventually accept those tips, though–Grande used $100s instead of $1s.

Believe it or not, the photo at the top of this post has been doctored. It’s not even from the bar Ariana visited, but from Tribe in Nashville. We apologize for any confusion this may have caused.