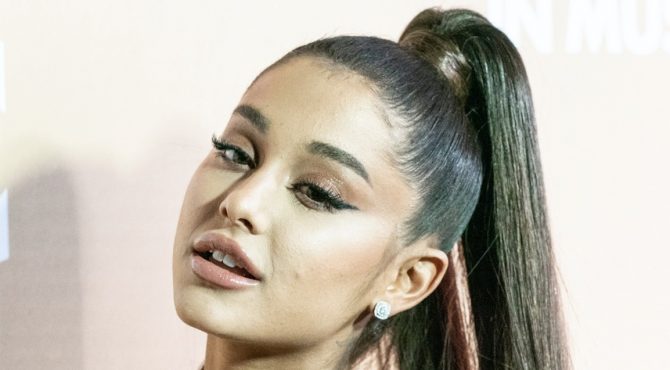 Ariana Grande treated fans to a nostalgia-laced pop-splosion over the weekend at Coachella, and ended her set with a giant rainbow flag projection, a possible show of defiance against festival owner Philip Anschutz.

Anschutz has a history of making significant donations to conservative Christian organizations which are anti-LGBTQ and pro-gun.

Grande’s set welcomed some familiar faces to the stage. You can image the crowd went nuts as Nikki Minaj, rappers Mase and Diddy, and all non-Justin-Timberlake members of N*Sync joined her.

The performance ended with actual fireworks, along with the displays lighting up as massive rainbow flags.

There’s been some debate whether LGBTQ folks and their allies should be patronizing or performing Coachella. While it’s easy to see where the “boycott Coachella” crowd is coming from, others have argued that to boycott every business with all or partial homophobic ownership would mean near-isolation from the world.

Grande is also set to headline Manchester Pride this summer — another gig that was met with immediate criticism from keyboard warriors.

Earlier this month, she courted even more calls of “queerbaiting” by suggesting she is queer in a new song.

Her crowd at Coachella, many of whom were LGBTQ, didn’t seem to mind.

Check out some photos/videos below:

ARIANA REALLY DECIDED TO SAY THE BIGGEST FUCK YOU TO COACHELLA OWNER WHO IS A FUCKING HOMOPHOBE AND DISPLAYED THIS HUGE ASS PRIDE FLAG AT THE END OF HER PERFORMANCE NOTHING BUT RESPECT FOR THIS QUEER QUEEN ?#Arichella pic.twitter.com/us0KepiEUI

Ariana Grande embraces the LGBT community at #Coachella despite the CEO of the festival being anti-LGBT. ? pic.twitter.com/G9aDCnB29M