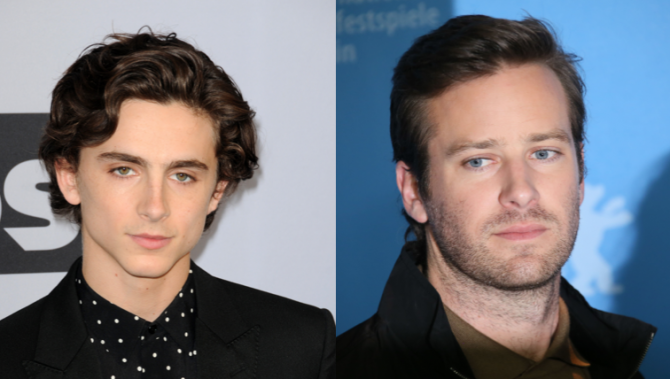 We get it. Love in the time of COVID has more than a few folks feeling a little stir-crazy. We are humans, after all.

Fellow human Armie Hammer got especially thirsty on a recent selfie posted by none other than his Call Me By Your Name co-star Timothée Chalamet.

Fans were certainly pleased, as the comment has received over 230k likes at the time of this post.

Here’s how it looked:

But Hammer threw some cold water on all that steam when Variety asked him about the comment.

“People got so excited,” he said. “I don’t think they realized I was actually making fun of how ridiculous people sound on the internet now.”

A quick scan of the un-ironic comments on Chalamet’s post confirms Hammer’s assessment. The word “king” appears an incredible amount considering all he did was point his phone at his face.

Hammer also touched on the much-discussed possibility of teaming up with Chalamet again for a CMBYN sequel.

“I still haven’t seen a script. I don’t know if there is a script and they’re just not giving it to me or if there isn’t a script,” he said.