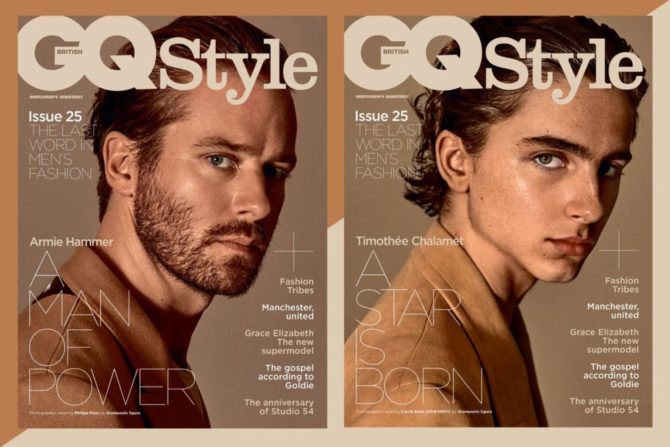 Call My By Your Name was the talk of the Sundance Film Festival, and while it doesn’t come out until November, Oscar buzz is in the air.

Based on André Aciman’s 2007 novel of the same name, the movie stars Armie Hammer as a 24-year-old American scholar who unwittingly falls for a 17-year old boy (Timothee Chalamet).

In a new cover interview with GQ, Hammer and Chalamet shed some light on what it was like to cultivate that chemistry on screen.

Of course, that included some very intimate sex scenes, which Hammer says were ultimately easier than he was anticipating:

“I was terrified before we were going to do it. Having to free yourself so completely while being naked with a man in front of a room full of people, when you think about the prospect of that, it sounds really difficult. But when you’re there doing it, it’s incredible easy. So, the build-up was a lot more intense than the actual filming.” 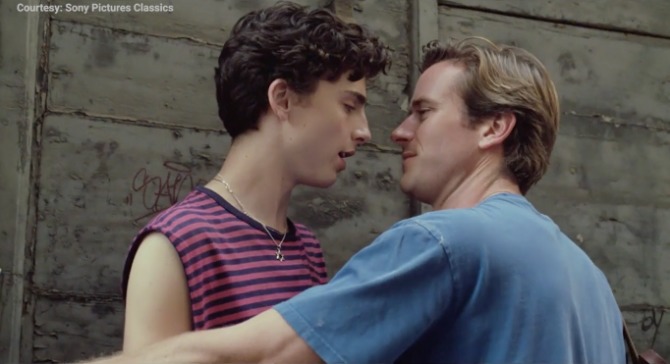 But Chalamet says some of the most charged moments of the film aren’t even physical:

“I almost think the chemistry, as opposed to the physical mechanics of the actual kissing or sex scene, is more palpable in the lack of contact.”

And when asked about the difference between creating that intense relationship with a man versus a woman, Hammer said it’s all basically the same experience:

“Trying to create chemistry with a human is trying to create chemistry with a human. It’s about taking it off of yourself and reading them and taking what they’re giving you and allowing it to affect you. It’s about being so close and intimate with someone that you can detect those subtle changes that allow you to go on this sort of subtle dance.”

The stars were photographed by Giampaolo Sgura for two separate covers of the Autumn/Winter issue of GQ Syle.

Call Me By Your Name arrives in theaters on November 24.