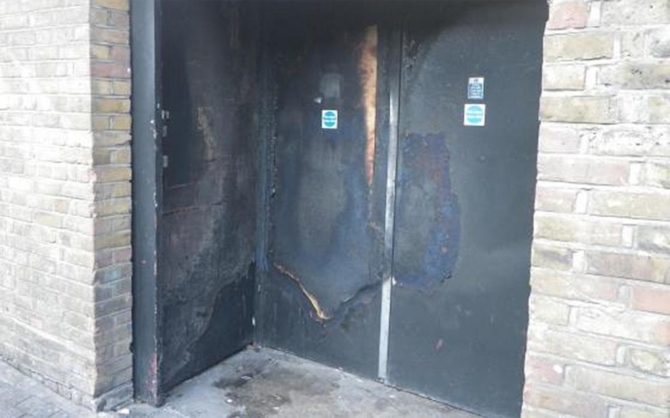 A U.K. man was just sentenced to life in prison after trying to burn down a popular gay bar.

Jason Fossett was found guilty “arson with intent to endanger life” when he lit a pile of trash on fire outside the Two Brewers, a popular gay bar in London.

Fossett testified last week that he didn’t have any recollection of lighting the fire because he had consumed “a couple of drinks” beforehand. After setting the trash can ablaze, he fled the scene. Police later identified him using CCTV footage taken inside the venue.

“Fossett is clearly a dangerous character who deliberately went out of his way to set fire to the bar in a carefully calculated attack,” Metropolitan Police spokesman Paul Waterman said.

Waterman said it was “sheer luck” that the fire was contained early and didn’t result in any major property damage or people being injured.

The minimum sentence was three years and 244 days, but a judge sentenced Fossett to life. If that seems harsh, it’s only because this was not the first time Fossett has been found guilty of arson. In 2004, he was sentenced to eight years for the exact same crime at the exact same bar.

“I hope Fossett uses his time behind bars to reflect on his actions,” Waterman said.

Though the Two Brewers is a gay bar, police found no evidence this was a targeted hate crime.