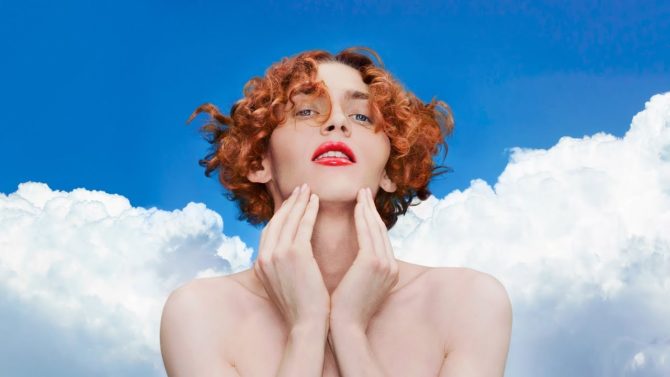 Sophie Xeon, a celebrated trans electronic musician who collaborated with artists like Lady Gaga, Madonna and Kim Petras, and whose avant garde solo career pushed pop music’s boundaries, died over the weekend at the age of 34.

Xeon, better known by her stage name SOPHIE, had climbed up her residential building in Athens, Greece to watch the full moon early Saturday morning, according to her label.

The labels Transgressive and Future Classic wrote: “True to her spirituality she had climbed up to watch the full moon and accidentally slipped and fell. She will always be here with us.”

In a statement, representatives of SOPHIE wrote: “It is with profound sadness that I have to inform you that musician and producer SOPHIE passed away this morning around 4am in Athens, where the artist had been living, following a sudden accident.”

It continued: “SOPHIE was a pioneer of a new sound, one of the most influential artists in the last decade.

“Not only for ingenious production and creativity but also for the message and visibility that was achieved.”

In 2018, with the release of her single “It’s Okay to Cry,” SOPHIE came out as transgender, telling Paper: “[Coming out] means there’s no longer an expectation based on the body you were born into, or how your life should play out and how it should end.”

After news of the tragic accident spread, tributes began pouring in from fellow artist and fans, Christine and the Queens, MNEK, Jodie Walsh and Munroe Bergdorf among them:

Sophie was a stellar producer, a visionary, a reference. She rebelled against the narrow, normative society by being an absolute triumph, both as an artist and as a woman. I can’t believe she is gone. We need to honor and respect her memory and legacy. Cherish the pioneers. pic.twitter.com/3kyRl1KabY

To all the fellow trans women out there who were moved and motivated by her music, please stay strong. You are loved, and her amazing messages will never leave us. (I don’t even know if that makes sense. Can’t think straight rn)

was lucky enough to share a stage w sophie twice in my lifetime, & even beyond her music, her energy, such a kind person, a joy to watch perform. i always think of her playing at the moma w bubbles floating thru the air anytime i listen to her music lol. i don’t wanna believe it

SOPHIE ? A wonderful friend, teacher and collaborator. She was a pioneer in the world of music and a trailblazer for the trans community. No one sounded like her before. Rest in power xx pic.twitter.com/gCpDFXzYDO

Easy to reach for hyperbole when we write obituaries and social media often isn’t appropriate but I honestly think she was responsible for an entire generation of young trans kids picking up the confidence to make electronic music using only their laptops….a wholesome legacy 💖