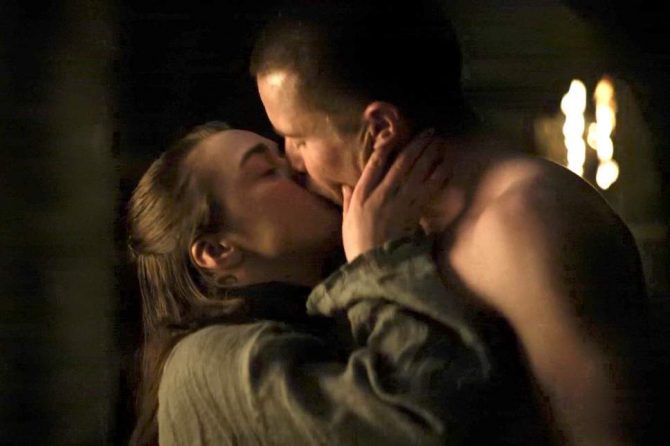 Some Game of Thrones fans got weirded out when Arya Stark, a character they’ve watched grow up on screen, disrobed and got down and dirty with handsome blacksmith Gendry during the HBO drama’s April 21 episode. Others had another pressing issue with the sex scene: Isn’t Arya supposed queer?

Related: This ‘Game of Thrones’ star just came out

arya stark is a lesbian bye

In an article titled “We Can All Agree That Arya Stark Is Actually a Lesbian, Right?” BuzzFeed’s Lauren Yapalater writes, “Not only is Arya a power top, but also that outfit was definitely ordered off of Wildfang.”

Related: Someone finally edited Shangela into ‘Game of Thrones’

Plus, the lass formerly known as the Girl With No Name didn’t exactly seem to be in post-coital bliss, impending White Walker invasion notwithstanding.

Perhaps we’re overthinking all of this. Maisie Williams’ pal and Game of Thrones costar Sophie Turner may well have the best explanation of this unexpected turn of events.