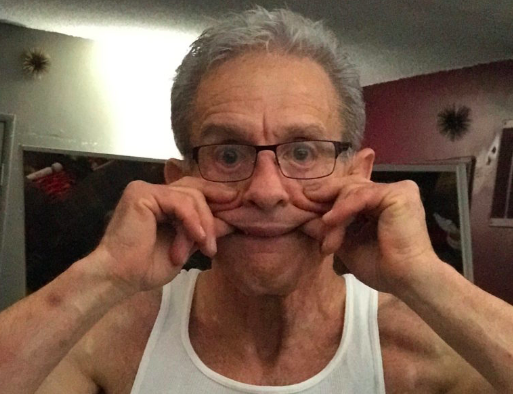 Wealthy Democratic party donor and political activist Ed Buck has been in a world of trouble after not one but two gay black men died inside his home just 18 months apart from one another.

26-year-old Gemmel Moore was found inside Buck’s West Hollywood apartment in July 2017. His death was ruled an accidental meth overdose. Then last month, Timothy Dean also died inside of Buck’s apartment, though his official cause of death has not been released.

Since Dean’s death, Buck has been keeping a very low profile, blocking out his living room windows, rarely going out in public, and avoiding media altogether.

When a local Fox 11 TV news reporter tracked him down this week at the West Hollywood apartment building where the deaths happened, he became enraged and told the reporter to “get a life!”

The TV crew was let into the building by another resident, and a frail-looking Buck did not appear happy about it.

Wednesday evening, a resident of Buck’s building invited FOX 11 inside the property, where we confronted him.

Buck declined to answer any questions, said he didn’t want to talk and told the FOX 11 crew to “get a job, get a life.”

When pressed with questions about two men being found dead inside his apartment, Buck appeared to respond “Yeah, and I’m gonna die in here soon too!”

When another reporter from CBS 2 confronted Buck earlier in the week, the 65-year-old political power donor became irate, calling the reporter an “asshole” and that he should be “ashamed of yourself!”

“Why should I be ashamed,” the reporter replied.

“You assaulted me,” Buck snapped back.

To which, the reporter responded: “I’m not touching you at all, sir.”

Both Dean and Moore’s deaths are still being investigated LAPD’s Homicide Bureau, and so far, Buck has not been charged with anything. His attorney, Seymour Amster, insists Buck has done nothing wrong and is 100% innocent.