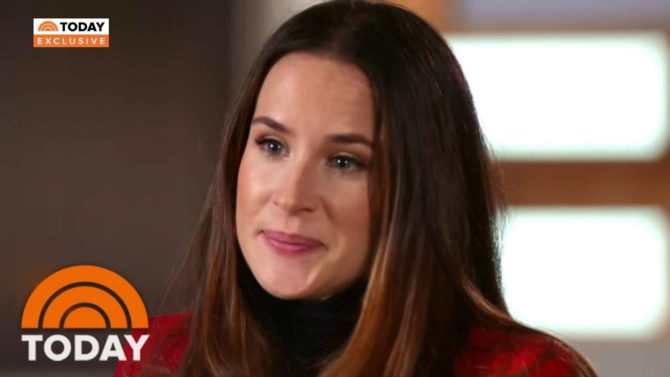 Incoming first daughter, Ashley Biden, gave her first-ever TV interview ahead of her dad’s inauguration tomorrow and we already like her 100,000,000 times better than her predecessor.

Biden sat down with Jenna Bush Hager on the TODAY show this morning where she was asked point blank about Melania Trump allegedly snubbing her mother, Jill.

According to multiple sources, Mrs. Trump has broken a 100-year-old tradition by not inviting Dr. Biden to the White House for tea and a tour of the family living quarters.

Asked whether these reporters were true, Ashley confirmed that, yes, they were. But also, just so everyone’s clear, her mom doesn’t give AF.

“No, I don’t think they’re doing the traditional protocol, which is unfortunate,” she said, “but I think we’re all OK with it.”

“No, I don't think they're doing the traditional protocol, which is unfortunate, but I think we're all OK with it.” -Ashley Biden says Melania Trump is joining with President Trump in breaking with traditional protocol when it comes to the presidential transition pic.twitter.com/hS4drJ7QaB

But it’s not just Melania who is snubbing the Bidens. Donald Trump, too, has made it clear that he wants zero to do with welcoming the new administration.

After it was reported earlier this month that Trump planned to skip Biden’s inauguration, the President-elect said he was perfectly fine with that, calling it “one of the few things we have ever agreed on.”

“It’s a good thing him not showing up,” Biden added, calling Trump an “embarrassment” to the nation and unworthy of the office.

In fact, the only member of Trump’s family who seems to have expressed interest in maintaining a connection to the new administration is–surprise!— Ivanka.

Earlier this month, it was rumored the outgoing First Daughter was angling for an invitation to Biden’s inauguration in hopes of salvaging her “promising political career.”

A White House source denied that the first daughter will attend the inauguration, and while we’re sure she would like people to think the Biden inaugural committee has welcomed her with open arms, it’s not actually clear that she would have been invited, in light of both the armed storming of the Capitol building and the fact that the proceedings are going to be pared down compared to past years. Presumably, the daughter of the guy who sent an army to stop Biden from becoming president would not be on the A, B, or even C-list for such an event.

Joseph Robinette Biden Jr. will be sworn in as the 46th President of the United States of America tomorrow at 12 noon.