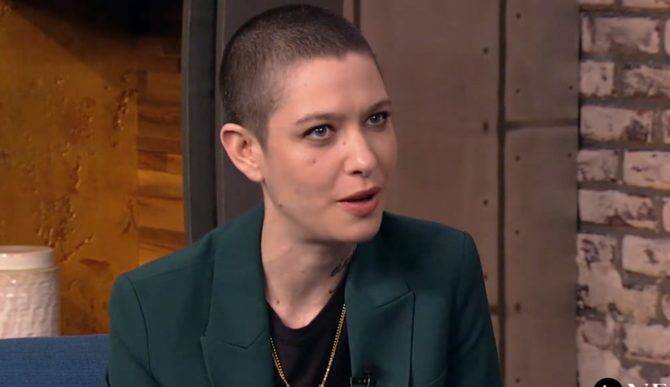 Who They Are: Actor, activist

What They Have Contributed: Dillon gained attention as a prodigy when they graduated from the Actor’s Workshop of Ithica, an adult training program, at 16. A series of stage and television roles (such as Orange Is the New Black) followed before Dillon landed the part of Taylor Mason on the Showtime series Billions. Taylor marks the first time a major non-binary character has appeared as a series regular. This year, Dillon gets an even bigger stage, starring in John Wick Chapter 3: Parabellum.

Why We’re Proud: Few public personalities—actors, celebrities or otherwise—have offered up the kind of frank discussion of non-binary gender identity that Dillon has. Beginning with their tenure on Billions, Dillon has used every platform as a chance to discuss gender identity, the difference between gender and sex, how a non-binary gender is a form of transgenderism, as well as appropriate use of the singular “they” pronoun.

In Billions, Dillon has given us the first major non-binary character in TV history, challenging the perspective of millions of viewers while simultaneously entertaining them. In Parabellum, Dillion insisted their character be cast as non-binary.

The character was not written as a non-binary character. That was something I brought to Chad and Keanu, and it was something they were immediately open to. It wasn’t like I had to even convince them. I just said, “We have an opportunity here.” There was nothing in the script that required the character to be a trans person. So I said “I’m a non-binary actor. Let’s make this character non-binary.” It’s really a credit to Chad, Keanu, and Lionsgate. These films have always been incredibly diverse going back to the first one, in terms of ethnic diversity, cultural diversity, people of all shapes, sizes, colors. Even martial arts diversity. So adding diversity to the third installment, they were just like of course.

Not content to limit their activism to queer issues, Dillon has launched the production company Mirror/Fire and produced the multimedia performance piece Us, exploring racism and the #BlackLivesMatter movement in the United States.

#TGIF get out of my dreams get into my car. ?#AKDAF?

The legacy of Stonewall, and the next iteration of queer rights, demands that we center, uplift, and support the most marginalized, the most disenfranchised among us, those that experience the most backlash from progress, in order to effectively create systemic change. It is these people who can see the forest for the trees and who have blueprints for the solutions that will build our intersectional future.
—Asia Kate Dillon